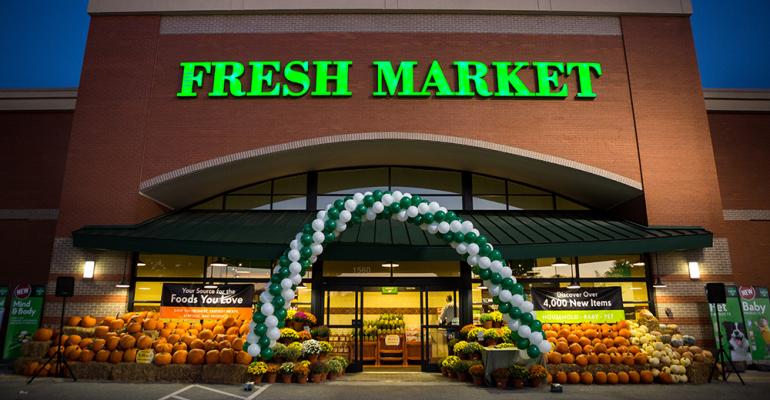 The Fresh Market has not been able to drive increased traffic through pricing investments, and same-store sales are expected to decline for the remainder of the year, according to a report from Moody’s Investors Service.

Moody’s issued the report after downgrading the Greenville, N.C.-based chain’s corporate family credit rating to Caa1 (indicating a very high credit risk), with a negative outlook. The rating previously had been B3.

"Fresh Market's operating performance for the last 12 months has been far below our expectations, and we do not expect credit metrics to improve to levels consistent with the current rating in the next 12 months," said Mickey Chadha, VP at Moody's, in issuing the downgrade.

Increasing pricing pressure and new store openings in The Fresh Market’s operating areas will “make it very challenging to meaningfully improve profitability in the next 12 months,” he said, citing in particular potential pressure from the Amazon-Whole Foods acquisition.

The Fresh Market has slowed its remodeling efforts — after completing 30 this year and 16 last year — to assess customer reaction to the enhanced service levels and improved inventory selection, Chadha said.

The company also reduced its savings expectation from the new Supervalu distribution agreement to $10 million, down from an initial estimate of $17 million to $20 million in savings.

The Fresh Market, once one of the industry’s fastest-growing public companies with its upscale, fresh offerings, was acquired last year by private equity firm Apollo Global Management for about $1.4 billion. It operates 176 stores in 24 states across the U.S., with a large concentration in the Southeast.