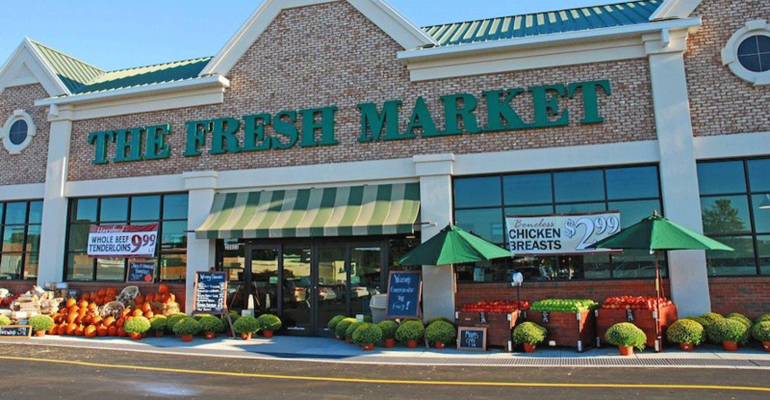 The Fresh Market to shut 15 stores

The Fresh Market Inc. plans to close 15 stores in nine states as the company proceeds with its turnaround plan.

The Greensboro, N.C.-based specialty grocery chain said the locations are slated to shut down in two to four weeks. They include four stores in Illinois, two in Georgia, two in Virginia, two in Wisconsin and one each in Indiana, Kentucky, North Carolina, New Hampshire and Tennessee.

According to The Fresh Market, the closings stem from an organizational analysis and “careful consideration” of the company’s growth strategy and long-term financial performance.

“Over the last eight months, our company has been executing a turnaround plan, and we’ve seen great progress. However, for a variety of reasons unique to each retail location, that progress is not evenly distributed and, as a result, we have decided to close these long-term underperforming stores,” Chief Executive Officer Larry Appel said in a statement.

The Fresh Market will work to relocate impacted employees to other stores, he added. The company reported that it doesn’t expect more store closures “in the foreseeable future.” “Looking ahead, I am confident this move will better position The Fresh Market and enable us to continue delivering our great-tasting meals, signature products and an incredible shopping experience,” Appel added.

Currently, The Fresh Market operates 176 stores in 24 states. The chain has enacted a series of store closings in recent years as the company refocused expansion plans for its fresh gourmet concept and intensifying brick-and-mortar and online competition bit into sales.

In April 2017, The Fresh Market announced the closure of five stores in Florida, Illinois, New Jersey, New York and Virginia. That came roughly a year after the retailer unveiled plans to shutter 18 stores, including all of its locations in Texas, Iowa, Missouri and Kansas.

After going public in 2010, the specialty grocer was taken private in April 2016 by private investment firm Apollo Global Management in a $1.36 billion buyout.