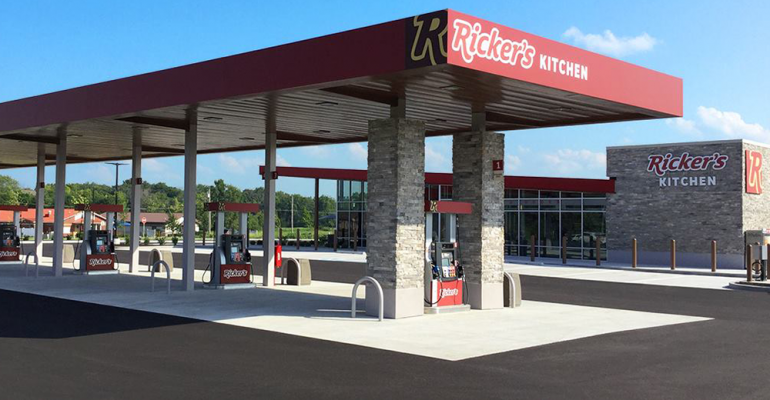 Financial terms of the agreement weren’t disclosed. The deal would expand the convenience retail footprint for Giant Eagle in Indiana, where the Pittsburgh-based grocery retailer has six GetGo convenience store/fuel locations in the central part of the state. A seventh is slated to open in Zionsville, Ind., in October.

“We are thrilled to partner with such a strong company, brand and talented group of Ricker’s employees,” Giant Eagle President and CEO Laura Karet said in a statement. “We look forward to building on the great history that Ricker’s has in Indiana and carrying forward many of the amazing offerings and services Ricker’s customers have come to expect.”

The transaction is expected to close by the end of 2018. According to the companies, the operation of Ricker’s stores will continue as usual, and currently there are no immediate plans to change the Ricker’s or GetGo store experience.

“Ricker’s has proudly served the Indiana community for nearly 40 years, and we are so excited to have found a partner in Giant Eagle and GetGo,” Ricker Oil Co. President and CEO Quinn Ricker stated. “Giant Eagle, like Ricker’s, is a family-owned company. We believe strongly that the coming together of our two businesses will be a seamless and extremely positive experience for employees, customers and business partners alike.”

Founded in 1979, Ricker Oil Co. provides wholesale fuel services and operates fuel/convenience stores, across Indiana. The Indianapolis-based company, which has 850 employees, its first convenience store in 1989 and is due to open a new location this month.

“We want to thank our loyal Ricker’s customers and assure them this new business arrangement will help us maintain our position as a leader in the convenience store industry,” commented Chairman Jay Ricker, who founded the company with his wife Nancy.

Their son, Quinn Ricker, is slated to join Giant Eagle to manage operations of the Indiana locations, the Indianapolis Business Journal reported.

The GetGo Café & Markets convenience stores offer made-to-order foods such as subs, burgers and breakfast sandwiches, among other items. Giant Eagle opened its first GetGo location in the Indianapolis area in October 2015.