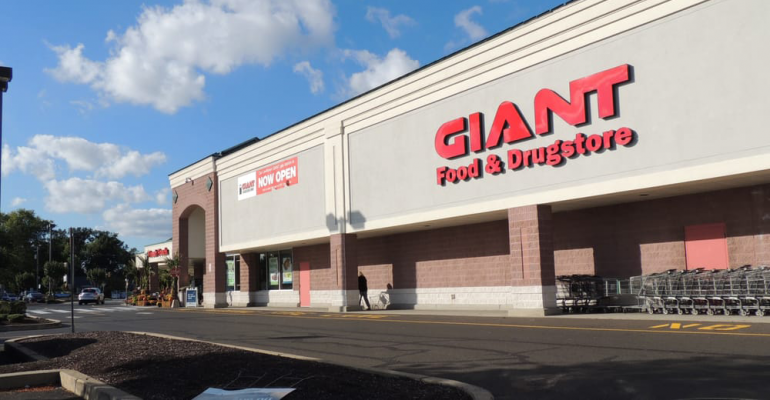 Financial terms of the deal weren’t disclosed. Carlisle, Pa.-based Giant said late Tuesday that it will convert the Shop ‘n Save stores — in Smithsburg, Md.; Greencastle, Pa.; Berryville, Va; and Hedgesville and Martinsburg, W.Va. — to its Martin’s Food Markets banner.

The transaction is slated to close in the first quarter of 2019, pending regulatory approval and other customary closing conditions. Giant, part of Ahold Delhaize USA, said it will announce more details about the store conversions at a later date. Current Shop ‘n Save staff at the stores will have an opportunity to interview with Martin’s. 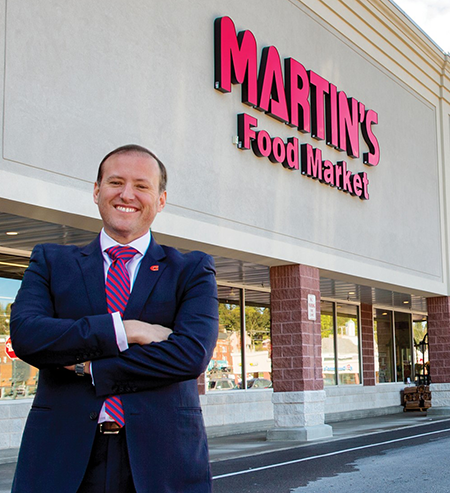 “This acquisition demonstrates our continued commitment to the long-term growth strategy we announced earlier this year,” Nicholas Bertram (left), president of Giant Food Stores, said in a statement. “Our Martin’s associates have proudly served many of these communities for years, and we look forward to expanding the Martin’s brand along the Interstate 81 Corridor and within the eastern panhandle of West Virginia.”

Giant noted that the acquisition reflects its ongoing expansion plans, particularly in Pennsylvania. In June, the chain unveiled a $22 million investment plan for Lancaster County that includes a 38,000-square-foot e-commerce hub at its former North Reservoir Street location, four store remodels and a price-cut program and a new fuel station at its Lititz store. That investment builds on a $70 million plan, announced in April, to expand Giant’s store network across the state, including six new stores, two store remodels and four new fuel stations over the next two years.

Last month, the retailer unveiled Giant Heirloom Market, a compact urban store format due to open later this year in Philadelphia. And on Nov. 16, the company plans to open a store in Lancaster’s Willow Valley area, which was acquired in September from Darrenkamp’s Markets.

Minneapolis-based Supervalu had announced plans to divest the Shop ‘n Save chain in late April. At the time, the retail banner included stores in the St. Louis area and Shop ‘n Save East stores in West Virginia, Maryland, Pennsylvania and Virginia, which had been acquired from Food Lion.

In mid-September, Supervalu unveiled a deal to sell 19 Shop ‘n Saves and one stand-alone pharmacy to Schnuck Markets in Missouri and Illinois. Later this month, Supervalu is slated to shut the remaining 16 St. Louis-area Shop ‘n Saves because it wasn’t able to land buyers for the stores. The company, now part of United Natural Foods Inc., aims to exit the retail supermarket arena to focus on its grocery wholesale business. Supervalu currently has 111 supermarkets under the Cub Foods, Hornbacher’s and Shoppers banners.