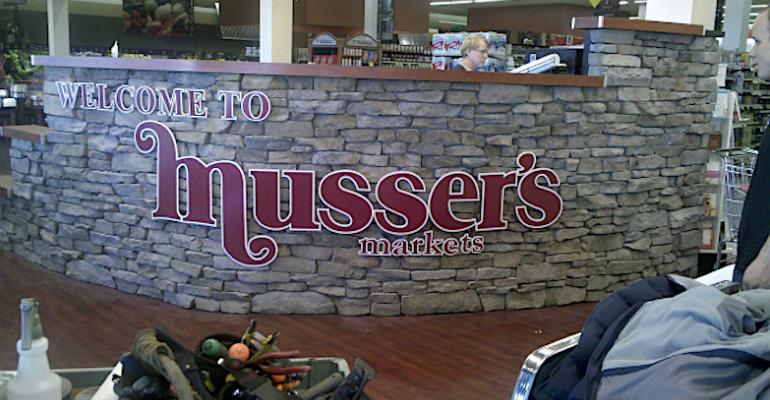 Financial terms of the agreement weren’t disclosed. Carlisle, Pa.-based Giant said Monday that it expects to close the transaction by end of October.

Under the deal, Giant will acquire Musser’s three supermarkets in Quarryville (35 Friendly Drive), Columbia (3985 Columbia Ave.) and Lebanon (1750 Quentin Road), Pa. Plans call for the Musser’s stores to close for about a week to be converted to Giant supermarkets.

“We were honored when the Musser family contacted us about purchasing their wonderful locations,” Giant President Nicholas Bertram said in a statement. “The Musser family founded their grocery store in 1925, and we recognize the deep roots and strong reputation they have in Lancaster and Lebanon counties. We look forward to continuing their legacy of caring for families and the community.”

Related: Darrenkamp’s to close its doors

In February, Musser’s had closed a 17,500-square-foot store at 960 Lancaster Ave. in Columbia. The location recently reopened under the AJ’s Surplus Grocery banner. 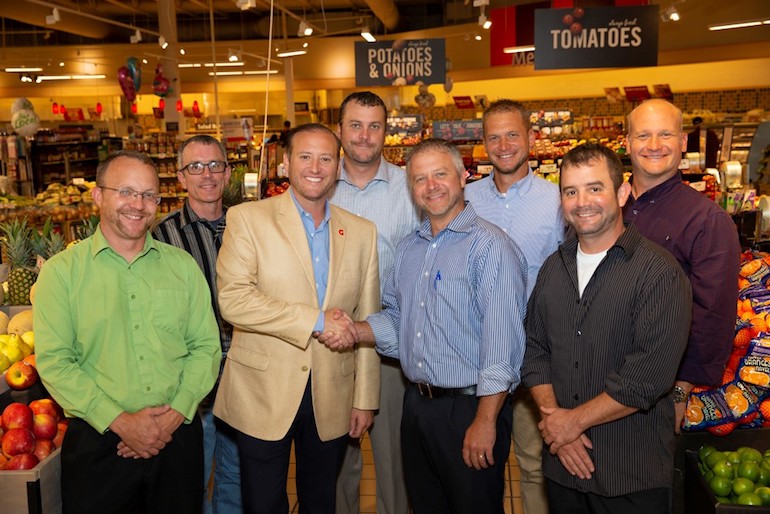 The Musser family announced the sale of its stores to Giant in a Facebook post late yesterday evening and said Musser’s Market’s last day of business will be Oct. 17.

“We are announcing today that we have made the decision as a family, to exit the grocery industry and sell our grocery store division to Giant Food Stores. Lancaster and Lebanon counties have been our home for the past 94 years. However, due to the changes in the industry, the loss of our cooperative wholesaler (AWI) [Associated Wholesalers Inc.], customer buying habits, online pressure and competition in Lancaster and Lebanon counties, it has become clear that the only way we can continue to service our customers and give our employees better opportunities is to provide a company that can meet these new needs,” the Musser family said in a statement.

“We want to express our sincere gratitude to all of our employees that have made us successful the past 94 years. Also, we cannot show enough appreciation to the loyal customers that we have had since 1925,” the family said. “We approached Giant Food Stores directly and felt that they would be the best fit for our locations, customers and our employees. We commend Giant Food Stores for their willingness and commitment to continue to support our customers, employees and the local community needs.”

The Musser’s purchase marks Giant’s third acquisition of a Lancaster County independent grocer within the past year. Giant announced the acquisitions of Ferguson & Hassler (one store in Quarryville) in May and Darrenkamp’s (a store in Lancaster’s Willow Valley) last September. The F&H store reopened on June 28 this year and the Darrenkamp’s store on Nov. 16 last year, with both locations going under the Giant banner.

Giant currently has 158 stores in Pennsylvania, which has been the focus of its expansion.

In June 2018, the Ahold Delhaize USA chain unveiled a $22 million investment for Lancaster County including four store remodels, a new fuel station and the transformation of a closed Giant store in the city of Lancaster into an e-commerce hub. That project built on a $70 million plan in Pennsylvania, announced in April 2018, for six new locations, two store upgrades and four new fuel stations over the next two years.

On April 5, Giant opened a brand-new store in Warrington, Pa., that replaced a location in Jamison, Pa. Following that were openings of a new Giant store in Walnutport on May 17 and a replacement store in State College on June 7. Last week, the retailer said it also soon plans to open a new Giant supermarket in East Stroudsburg.

Giant, too, is boosting its presence in Philadelphia. The opened its first Giant Heirloom Market, a new urban store format of less than 10,000 square feet, on Jan. 25 in downtown Philadelphia’s Graduate Hospital neighborhood. That was followed with the opening of another in the city’s University City section on Aug. 2. Next up are openings of two more Heirloom Markets: in the Philadelphia neighborhoods of Northern Liberties this fall and Queen Village by the end of this year.

In the fall of 2020, Giant aims to open a 65,000-square-foot flagship store in the River Walk project, a mixed-use development along the Schuykill River in downtown Philadelphia. The location, in the ground floor of a residential tower, will be Giant’s first two-story store and its second full supermarket in the city. It has operated a Giant supermarket on Grant Avenue since 2011.