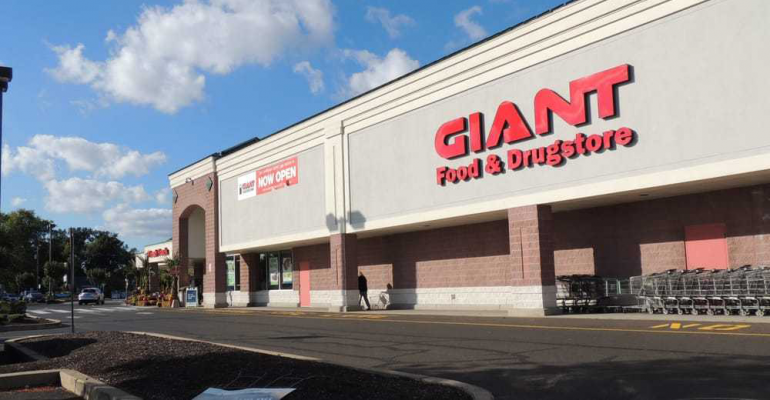 In addition, the retailer opened a newly constructed Giant supermarket in Warrington, Pa., which replaced a store in Jamison, Pa.

The five new Martin’s stores were converted from the Shop ‘n Save banner. Giant had acquired the Shop ‘n Save locations from Supervalu, a subsidiary of United Natural Foods Inc., in early November and then received Federal Trade Commission approval for the deal in February. Financial terms weren’t disclosed.

“These multiple store openings align with our aggressive long-term growth strategy: entering new markets where it makes sense and expanding our offerings for our current customers,” Giant Food Stores President Nicholas Bertram said in a statement.

In February, the grocer launched Giant Direct Powered by Peapod, an e-commerce hub in Lancaster, Pa. The company, which has four other e-commerce centers in Pennsylvania, said that banner will become its online grocery brand going forward. Giant also unveiled plans to open three more Giant Heirloom Markets in Philadelphia. The urban store format premiered in the city’s downtown in late January, and the next location is due to open this summer, with all the stores in operation by the end of the year.

A couple of new supermarkets are in the works as well. Giant said it plans to open new stores this year in East Stroudsburg and Walnutport, Pa. In November, the chain had opened a Giant store in Lancaster’s Willow Valley area that was acquired from Darrenkamp’s Markets.

“Along with the recent introduction of our Giant Heirloom Market in Philadelphia and our Giant Direct e-commerce hub in Lancaster, our team has demonstrated a relentless focus on innovation that allows customers to connect with our brand whenever and however they want,” Bertram added.