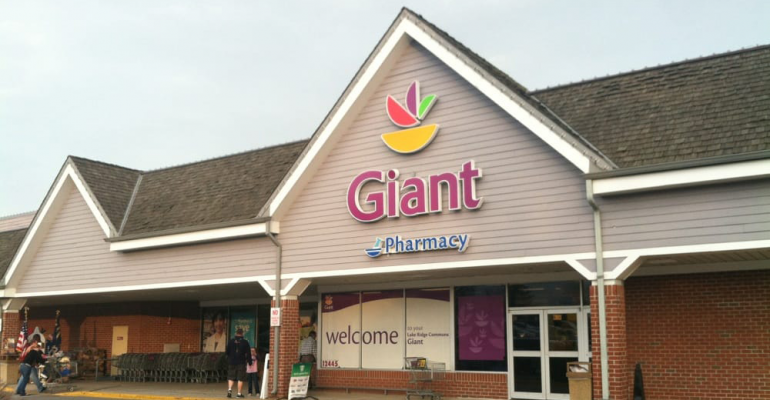 Giant to open pair of new stores in Virginia

Both of the rebannered stores also have been upgraded. Features include expanded natural and organic departments; larger produce, ethnic food, beer and wine selections; and hot food bars. Also offered at the stores are free wi-fi, a full-service PNC Bank, a full pharmacy department and self-checkout. In addition, the Alexandria store houses a Starbucks café.

Giant said the new locations will replace stores at 1228 Elden St. in Herndon and 5730 Edsall Road in Alexandria, which are slated to close the day before the new stores open. While the new Herndon location is about the same size as the store it’s replacing, the new store in Alexandria will be nearly 22,000 square feet larger, a Giant spokesman said, adding that both of the new stores will be accessible to more customers.

"Our team is very happy to have the opportunity to invest in two new stores in Virginia, a market Giant has had a presence in for 77 years," said Gordon Reid, president of Giant Food. "Both stores in Herndon and Alexandria will feature excellent selections and offerings for shoppers, such as a delicious hot food bar, larger produce department, expanded ethnic and international food selections, and full-service deli, seafood, meat and floral departments. These stores are an exciting piece of our ongoing expansion and improvement initiatives.”

So far in 2018, Giant has completed major remodels on 19 stores, including 10 in Maryland, seven in Virginia, one in Delaware and one in Washington, D.C. The two replacement stores in Herndon and Alexandria will mark the chain’s new units opened to date.

Overall, Giant operates 164 supermarkets in Virginia, Maryland, Delaware and the District of Columbia.