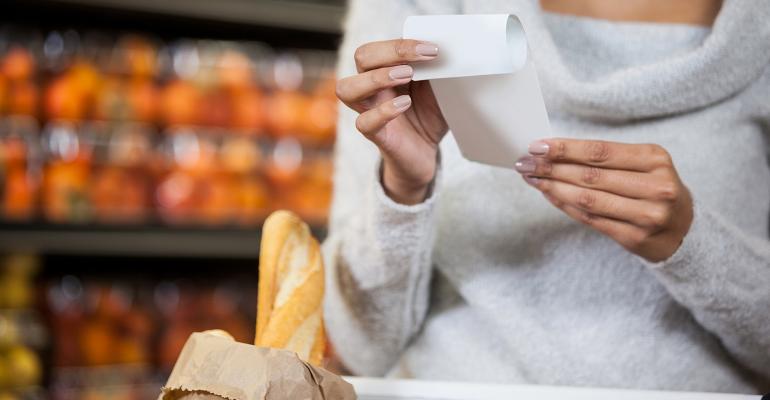 Grocery prices inch up again in May

The U.S. Bureau of Labor Statistics’ Consumer Price Index announced Wednesday confirmed anecdotal remarks of food retailers over recent weeks that food deflation was gradually abating, with prices for food at home down by 0.2% in May as compared with last year.

The figure represented a sequential improvement from April’s 0.8% deflation figure and with continued improvement could flip retail grocery pricing to inflation again after a nearly a year of lower basket prices.

The CPI’s Food Away From Home index, a proxy for prices at restaurants, remained inflationary at +2.3% for the month.

The Producer Price Index, which tracks retailer input costs, gained by 1.3% in May, the Bureau announced Tuesday. Retail prices typically lag increases in input costs by a span of five to seven months. This portends well for beaten-up comparable store sales but could introduce margin pressure as the price environment normalizes, analysts said.

“We believe we are at the precipice of food inflation and consider Sprouts, Smart & Final, Kroger, and Supervalu most levered to upside,” RBC analyst Bill Kirk said in a research note Wednesday. Kirk noted the CPI data was consistent with recent remarks from retailers reporting quarterly financial results in recent weeks including Sprouts and Smart & Final, each of which said many categories turned neutral or slightly inflationary toward end of the first quarter.

Wal-Mart Stores, which reported first-quarter financials in May, said it saw no impact from price deflation beyond effects of its own pricing reductions during the quarter.