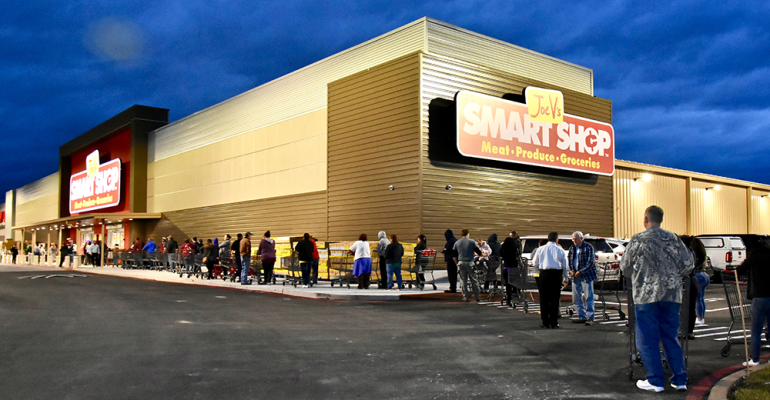 The Texas grocer last week opened a 61,000-square-foot Joe V’s store, its ninth location, at 4203 Red Bluff Rd. in Pasadena. All of the outlets are in the greater Houston area.

Austin, Texas-based H-E-B said the concept’s success helped pave the way for the new store. Seven locations are in Houston, and two stores — Pasadena and Baytown — are situated in the eastern part of the metropolis. 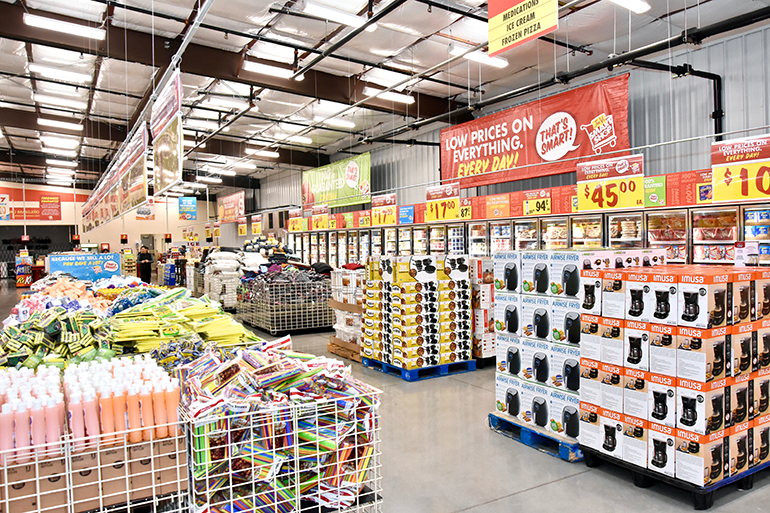 “For the past eight years, Joe V’s Smart Shop has provided families the opportunity to make healthy food choices at affordable prices, consistently 15-20% lower than the competition,” Roxanne Orsak, president of formats and Joe V’s Smart Shop at H-E-B, said in a statement. “We are thrilled to join the Pasadena community with the opening of our ninth Houston-area location.”

In terms of selection, Joe V’s takes an approach similar to that of growing hard-discount grocers Aldi and Lidl. Joe V’s stores carry less than 10,000 SKUs — compared with the 35,000 to 40,000 SKUs typically stocked in a conventional supermarket — and it focuses on the top 20 items purchased most by customers in the area.

The bakery, meat and seafood departments are self-service. Stores also carry a selection of general merchandise and health and beauty aids.

Joe V’s Pasadena stores followed the opening of a location at 2929 FM 1960 Rd in north Houston in early May. That store brought a number of updates to the format, including a new look and larger organic food section.

Overall, the Joe V’s division has about 1,320 employees across its nine locations. The Pasadena store added about 150 jobs.