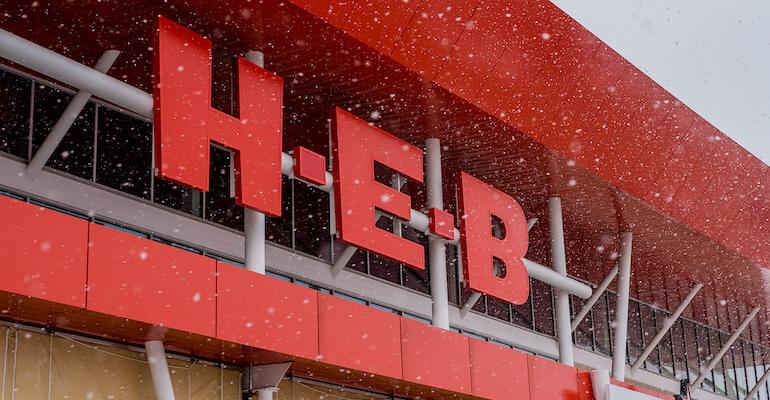 H-E-B
H-E-B said it's conserving energy across its stores and operations to help preserve the power grid in Texas.
News>Retail & Financial

Texas grocer H-E-B is temporarily closing some stores and reducing hours of operation as the state grapples with ongoing power outages and water shortages from historically cold temperatures brought by Winter Storm Uri.

San Antonio-based H-E-B said Thursday that stores throughout its market — which stretches across northwestern, central, eastern and southern Texas — are opening later and closing earlier, including locations in greater Houston, the North East region, the Gulf Coast, Austin and Central Texas, and San Antonio and Hill Country, among other areas. Most stores are opening at 9 or 10 a.m. and closing around 5 to 7 p.m. Pharmacies will be open based on store hours.

Store hours can be adjusted at any time, according to local conditions, H-E-B noted.

Stores shut as of midday Feb. 18 include four H-E-B locations in Austin and Central Texas, four H-E-Bs in the San Antonio and Hill Country areas (plus three pharmacies), and two Central Market stores in Southlake and Austin.

Millions of Texans have lacked electrical power for nearly four days as Uri caused record cold temperatures — down to the single digits, with wind chills below zero — that crashed the state’s power grid and forced rolling blackouts. At the same time, the historically unheard-of temperatures for the region froze water pipes, cutting off much of the water supply and creating safety issues that compelled many people to boil water or snow for drinking and cooking water.

The disaster has paralyzed businesses and daily life in the state, with people searching for places to keep warm and seeking out dwindling supplies of food, bottled water and fuel.

“In the spirit of Texans helping Texans, H-E-B has prioritized conserving energy across our business to help preserve the energy grid in Texas. From our manufacturing facilities to our stores and administrative offices, we’ve drastically reduced all non-essential power, such as lighting and HVAC set points. Additionally, when facilities are closed, we’ve also turned off all non-essential power,” H-E-B stated Thursday in a winter storm update.

“H-E-B will temporarily modify hours of operation for some locations. At any time, store hours could be adjusted according to operations ability,” the company noted, adding that its news website will provide real-time updates of store openings and closures due to power and water loss. 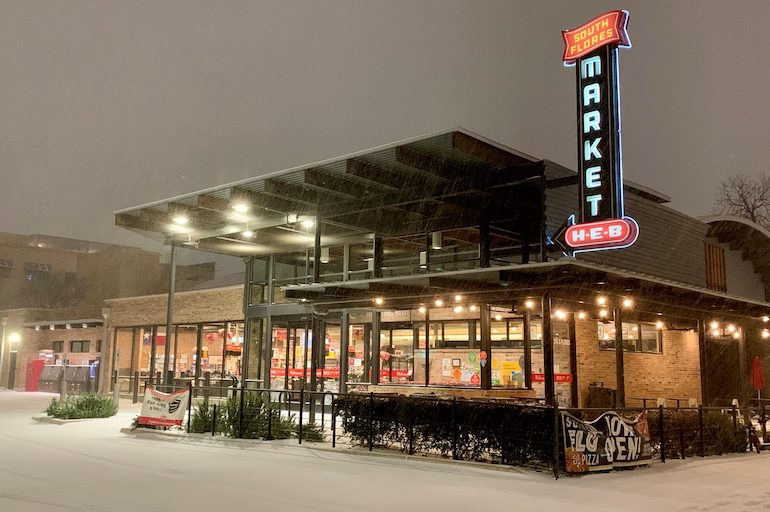 Describing Uri as an “unprecedented weather event in Texas,” H-E-B said the storm triggered a “severe disruption” in the food supply chain, exacerbated by power and water issues.

“For H-E-B, this means temporary impacts to manufacturing, warehousing, store operations, and the daily lives of our partners and their families,” the company explained in the update. “Our partners are doing the best they can to assist our customers during this time. Many of our stores are operating on shortened hours and with a limited team of partners who are able to safely get to our stores to assist our customers. We understand this has been a difficult time and are working to get back to normal as soon as possible.”

In turn, product assortment at stores “will be limited for a few days,” and purchase limits have been placed some products to help ensure access to essential items, H-E-B reported. “We’re working around the clock to get more product to stores,” the company added.

Customers also are being urged to bring their own shopping bags to the store because grocery bag inventory is running low at some locations, H-E-B said. The retailer, too, is closing the H-E-B and Favor senior support phone line for Feb. 18 and 19.

Overall, H-E-B operates more than 400 stores, including over 350 in Texas and around 50 in northeastern Mexico.