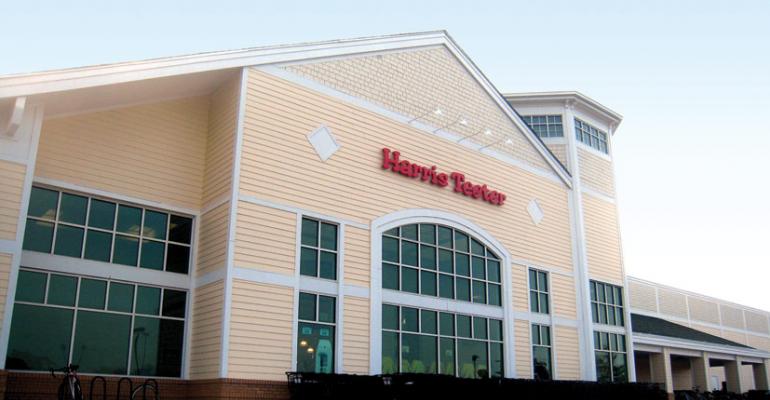 Kroger’s first quarterly results that included Harris Teeter stores indicated the acquisition was going every bit as well as expected, with the Southeast banner providing an added sales boost as well as potential for what officials called “aggressive” new growth.

For the fiscal first quarter, which ended May 24, Kroger reported a 9.9% increase in total revenues to $33 billion, with non-fuel identical-store sales improving by 4.6%. Net earnings of $501 million increased by 1.5% from the same period a year ago but included a $56 million charge for pension plan agreements. Adjusting for that expense, earnings exceeded Wall Street expectations, as did sales.

Officials in a conference call reviewing results said sales during the quarter indicated shoppers were less cautious in their spending and more confident the economy was recovering. Food inflation estimated at 1.8% during the quarter was also a bit higher than expected.

“We are seeing strong positive indicators in shopping behavior,” CEO Rodney McMullen said. “Our customers have exhibited less cautious spending behavior, for example. Consistent with the rise in consumer confidence index in May, our own customer research tells us that more customers perceive the economy to be in recovery. While it is obviously welcome news, the recovery remains fragile, especially for customers on a budget.”

The merger with Harris Teeter is “going extremely well,” COO Mike Ellis said. "We are spending time with Harris Teeter and learning a lot about how they connect with customers. Their store standards and fresh foods are world-class, and our cultures are a great fit, which makes our integration work rather easy. We're excited by what we're learning about Harris Teeter's online ordering and store pickup model. It's a program with a lot of promise.”

McMullen added that Kroger was excited about the potential growth opportunity of the Harris Teeter brand in its Mid-Atlantic and Carolinas markets, saying the company would “aggressively” support growth there as it has in “fill-in” Kroger markets where increased density supports higher returns. He also indicated Kroger had been investing in more competitive pricing at Harris Teeter. Asked specifically whether Harris Teeter was the source of recent price competition cited by Carolinas competitor Food Lion, McMullen replied, “that’s a good assumption.”