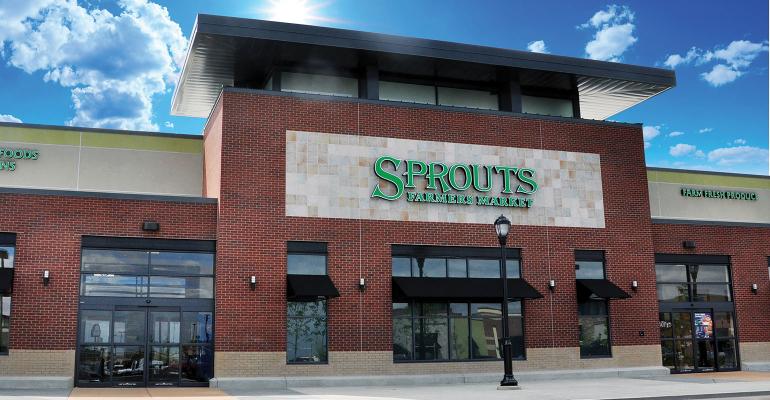 If Sprouts is selling, who’s buying?

Sprouts Farmers Market might be the most viable acquisition target among publicly traded food retailers, as one analyst recently wrote, but there is just one problem: Who would buy the company?

“In terms of the strategic acquirers, the issue is that there are not very many of them,” said Neil Stern, senior partner at retail consulting firm McMillian Doolittle, Chicago.

Phoenix-based Sprouts had surfaced as a prime takeover target as soon as Amazon announced its agreement to acquire Whole Foods Market in June, and even before that Sprouts had reportedly spoken with other companies about a potential merger.

“I think they are attractive because they are one of the few companies out there demonstrating growth right now — both in growth of their store base, as well as comp-store growth,” said Stern. “They have a model that is working.”

Cincinnati-based Kroger Co. is one obvious potential suitor, especially since it already has an investment in Lucky’s Market, which operates a fresh-focused format similar to Sprouts. Buying Sprouts “would certainly help them accelerate, if they want to be in that fresh-format space,” said Stern.

In Kroger’s first-quarter earnings call with analysts, the company said it expects to see ongoing opportunities for consolidation, but its comments were focused on opportunities to fill in existing markets, such as its recent acquisition of several Marsh locations in the Indianapolis area.

“I think there will be further opportunities like that going throughout the course of the next few years,” said Michael Schlotman, EVP and CFO, in the call.

Scott Mushkin, an analyst with Wolfe Research, said he doesn’t necessarily see Sprouts as a good fit for Kroger.

“What does Sprouts really do for Kroger? They already own Lucky’s, and they already have their own Main & Vine,” he said, referring to Kroger’s nascent fresh-focused banner.

Although conventional wisdom might lead one to assume that the Amazon-Whole Foods deal increases the possibility of a Sprouts acquisition, Mushkin said he feels it is just the opposite. The Whole Foods acquisition has the potential to be so disruptive, he said, that retailers need to look for solutions that are significantly transformational.

“The challenge for any one traditional player is that you have to think bigger, and Sprouts is kind of small [as a company],” he said. “They do have the right size store, and the right format — a farmers’ market-type format — that’s perfect. If Sprouts were a 500- to 600-store operation all across the U.S., like Whole Foods, its value would be a lot greater.”

Both Target Corp. and Albertsons Safeway have been reported to have been interested in buying Sprouts, and Mushkin said both could benefit in some ways from such a hookup.

Target would gain expertise in fresh merchandising, and Albertsons Safeway could potentially gain an opportunity to go public.

“In essence it seems like Albertsons Safeway would almost have to talk Sprouts into buying them,” he said. “Or maybe Sprouts is acquired by [Albertsons Safeway parent company] Cerberus, and they immediately file an amended public offering.”

And while Sprouts might be a good fit for Target in terms of perishables merchandising, Sprouts does not have the distribution scale or the national brand recognition that would benefit Minneapolis-based Target, Mushkin said.

Another retailer with the wherewithal to acquire Sprouts is Walmart, although that company’s acquisition history of late has focused on e-commerce opportunities and specialty nonfoods players, Stern of McMillan Doolittle pointed out.

“Would it be out of the realm of possibility for them, especially if they are thinking differently? No, but it certainly would be out of their [modus operandi],” said Stern.

Chuck Cerankosky, an analyst with Northcoast Research, Cleveland, said one possibility involving Sprouts could be a merger between Sprouts and Downers Grove, Ill.-based Fresh Thyme Farmers Market. Fresh Thyme operates a format highly similar to Sprouts, and is led by CEO Chris Sherrell, who had been a longtime executive at Sunflower Farmers Markets before that chain merged with Sprouts in 2012.

“I think Fresh Thyme would be a pretty nice fit with Sprouts,” said Cerankosky. “I was at the opening of one here in the Cleveland area, and if you put me in there blindfolded and asked me what store I was in, and you told me it was a Sprouts, I’d believe you 100%.”

The two chains also operate in distinct regions, with Sprouts concentrated mainly in markets across South and Southwest, and Fresh Thyme operating mainly in the Midwest.

Mushkin agreed that a Sprouts acquisition of Fresh Thyme “may even be a little more likely” than Sprouts itself being acquired.

Cerankosky said the opportunities for consolidation in the industry remain strong for retailers seeking to add locations.

“It makes sense that if you want to grow, to buy capacity, rather than build it, in my opinion,” he said.

Stern noted that given the pressures from the growth of online retailing and discount operators, however, retailers may be thinking twice about adding retail space.

“You do have a few growth companies out there, like Sprouts, but I’m not sure everyone is jumping over themselves to build more brick and mortar,” he said.