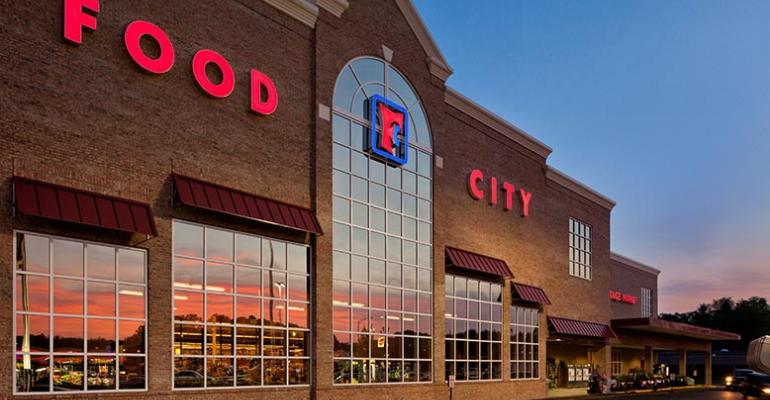 K-VA-T
When shoppers depleted store supplies at the start of the crisis, K-VA-T quickly redeployed its labor to boost its ability to pick products from its warehouse.
News>Retail & Financial

K-VA-T Foods has responded to the sharp increase in grocery demand amid the coronavirus outbreak by rethinking its labor and logistics strategies in partnership with its suppliers.

The parent of the Food City chain self-distributes product to its 137 stores across four Southeastern states from its warehouse complex in Abingdon, Va. When shoppers depleted store supplies at the start of the crisis, K-VA-T quickly redeployed its labor to boost its ability to pick products from its warehouse.

“We made some adjustments to our business to help us handle capacity, which have really proven to be very effective,” said Dan Glei, executive vice president of merchandising and marketing at K-VA-T, who credited Steve Smith, president and CEO, with spearheading the action.

K-VA-T tapped workers from its category reset teams and other retail positions, including management trainees, to work in the company’s warehouse as product selectors until the company could hire more dedicated selectors to handle the new demands on product volume.

“We very, very quickly developed a homegrown team of selectors to go out there and be able to select more cases than we ever knew were possible to get more in stores,” Glei said.

In addition, K-VA-T was able to secure some transportation resources from other industries that have been seeing reduced volume, such as foodservice.

Smith and other top managers at K-VA-T also met with suppliers, who were struggling to keep retailers across the country stocked with product.

“We discussed what their supply chain strategies were, and how they were dealing with the bottlenecks and the constraints in their respective businesses,” said Glei.

The goal was to match K-VA-T’s capabilities with the manufacturers’ supply chains, he said.

Many CPG manufacturers simply don’t have the capacity to refill the supply chain as quickly as needed, he said, particularly at a time when restaurant volumes have declined sharply, leading to even more at-home consumption.

Some manufacturers have reduced the number of items that they're producing, to focus on driving productivity from the core SKUs, he said.

Retailers are accustomed to sharp spikes in demand ahead of severe weather, such as before hurricanes and big snowstorms, but the widespread and persistent demand of the current crisis has taxed the grocery supply chain across the country, Glei said.

“It's a little bit of a bumpy ride,” he said. “We all understood what snow scares were, but it's like there's been a snow scare all over the entire country that's emptying every store out, and a lot of retailers' warehouses as well.”