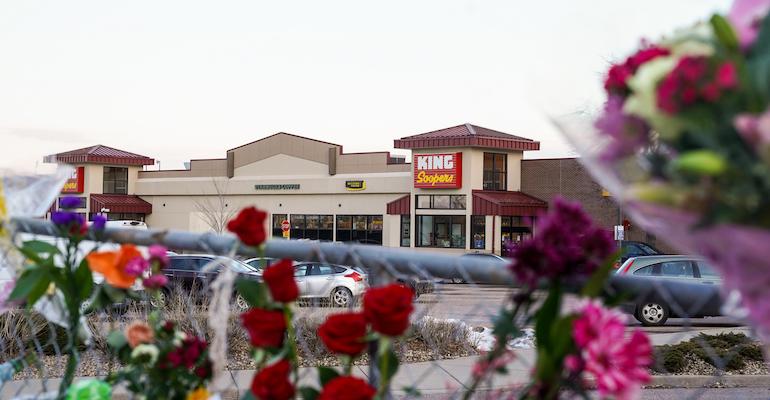 The Kroger Co.
King Soopers said the contribution will be provided via its public charity, and the funds will support the needs of victims, families, survivors and the community.
News>Retail & Financial

The Kroger Co.’s King Soopers banner has donated $1 million to the Colorado Healing Fund to aid those impacted by last week’s deadly shooting at its Table Mesa Drive store in Boulder, Colo.

Denver-based King Soopers said the contribution will be provided through its public charity, and the funds will support the needs of victims, families, survivors and the community. The Colorado Healing Fund assists victims of mass violence, and King Soopers’ donation will provide mental health services and other financial relief those traumatized by the event. 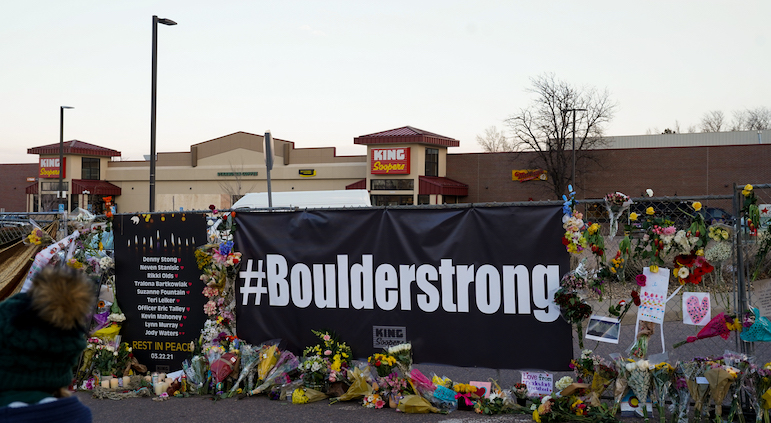 In the March 22 shooting, a lone gunman at the King Soopers store in Boulder, Colo., killed 10 people, including a police officer, three King Soopers employees and an Instacart personal shopper.

In the March 22 shooting, a lone gunman killed 10 people, including a police officer, three King Soopers employees and an Instacart personal shopper. The store has remained closed pending the investigation by police and other law enforcement.

“The entire King Soopers family continues to mourn the loss of those who were victims of this senseless act of violence,” Steve Burnham, president of King Soopers/City Market, said in a statement. “We have been overwhelmed by the outpouring of support from our fellow Coloradans, and we thank everyone for their incredible kindness.”

King Soopers and the Colorado Healing Fund are also offering customers ways to donate to the community. At checkout, shoppers can round up their purchase to the nearest dollar or donate $1, $5 or $10 with their transaction. Customers also can provide individual donations directly to coloradohealingfund.org or text a donation to “BoulderStrong” at 243725.

Additional support also is being provided by King Soopers, including access to mental health services and other benefits to support store associates’ mental and physical well-being, emergency paid leave to help in recovery, and an associate hotline to answer questions or assist with ongoing concerns. Further assitance is being directed to all of the victims’ families to support funeral expenses, the retailer said. 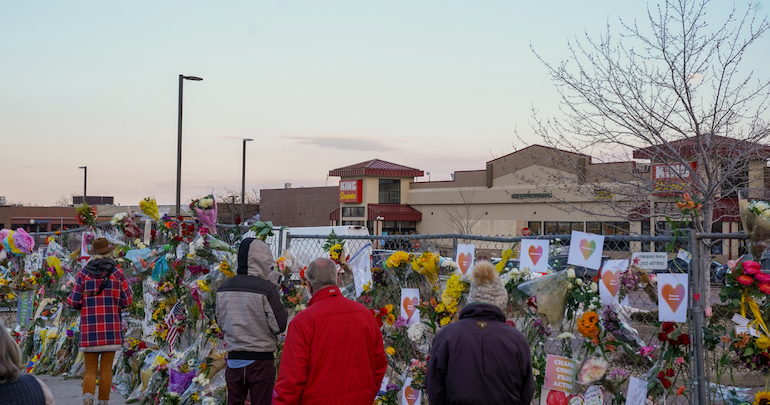 King Soopers' Boulder store has remained closed during the investigation by local and federal authorities.

Along with five customers, victims included King Soopers employees Rikki Olds, 25; Denny Stong, 20; and Teri Leiker, 51; as well as Instacart shopper Lynn Murray, 62, who was filling an order in the store, and Boulder Police officer Eric Talley, 51, who was the first responding officer.

“During this unprecedented time, our most urgent priority is to provide a safe environment for associates and customers, and we will continue to make decisions that best support their needs,” Burnham added. “The Boulder King Soopers store will remain closed until the police investigation is complete. We are committed to helping the community grieve and heal from this tragic event.”

According to published reports, local and federal authorities are still trying to determine a motive for the shooting. Ahmad Al Aliwi Alissa, 21, from Arvada, Colo., was taken into custody on March 22 after being wounded in an exchange of gunfire with police inside the store. Alissa, found with an assault rifle and a pistol at the scene of the shooting, has been charged with 10 counts of first-degree murder after deliberation and one count of attempted murder.