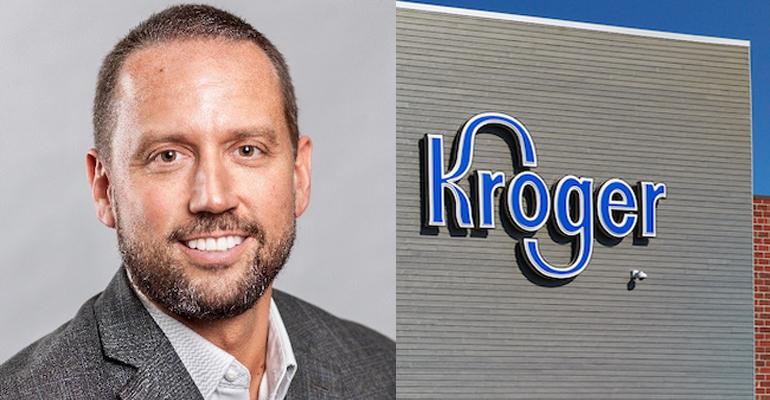 Kroger
Adam Wampler served as president of the Kroger Dallas division since March 2020, coming over from the retailer's Fred Meyer division.
News>Retail & Financial

Kroger reported Wampler’s passing on Thursday but declined to disclose his cause of death, noting that his family has requested privacy. Wampler, 48, had served as Kroger Dallas president for 15 months.

At this time, Kroger hasn’t determined interim leadership for the Dallas division, a spokesperson for the business unit said in an email. Overall, the Coppell, Texas-based Kroger Dallas division has more than 15,000 employees and operates 109 retail food stores.

“The entire Kroger family is saddened by the passing of Adam Wampler, president of the Dallas division. Our thoughts and prayers are with Adam’s wife, children, family and friends,” Rodney McMullen, chairman and CEO of The Kroger Company, said in a statement.

Wampler joined The Kroger Co. in September 2019, when he was hired as vice president of merchandising for the Fred Meyer division in Portland, Ore. He then was promoted to Kroger Dallas president and started in that role in March 2020.

“With more than 30 years in the retail industry, Adam had a successful career with Albertsons/Safeway and Bartell Drugs in Seattle before coming to Kroger,” McMullen stated. “We are grateful Adam chose to join Kroger. He was a skilled operator, merchant and leader in the retail industry, but more importantly he was a talented, selfless leader who had positive impact on our associates, customers and communities. Adam will be fondly remembered by all for his compassion for others and zest for life.”