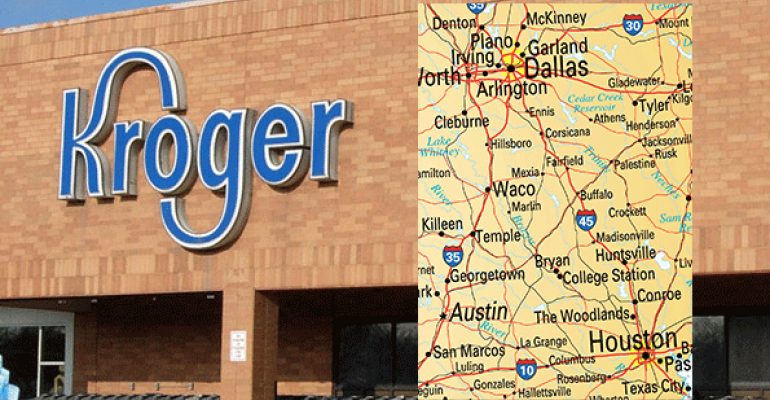 Kroger Co. on Tuesday announced the establishment of two new supermarket divisions, a Dallas division and a Houston division. Previously, both markets were served as part of Kroger's Southwest division.

"Kroger is committed to growing and serving our customers in the great state of Texas, and in our important Louisiana markets," Rodney McMullen, Kroger's chairman and CEO said.

The company has previously outlined capital investment plans of approximately $700 million in Dallas-Fort Worth and $500 million in Houston over the next three years.

"We see opportunities for growth in both Dallas and Houston thanks in large part to Bill's leadership the past 13 years," McMullen added. "This move will bring resources closer to our store teams, customers, and communities."

Zurcher, currently VP of operations for the Southwest division, has been promoted to president of Kroger's Dallas division, effective Oct. 1.

"Dana's experience spans several retail divisions, and she understands nearly every aspect of our business," said McMullen. "She is an exceptional leader who is known for helping associates discover their full potential. We are excited to have Dana lead our team in Dallas."

Zurcher began her Kroger career in Indianapolis store management in 1985. She served in a number of leadership roles in the Central division, including store manager and district coordinator. In 2002, she was named a district manager in the company's Fry's division in Phoenix. In 2008, she was promoted to director of operations for the Ralphs division in Los Angeles, where she served until she was promoted to VP of operations for Kroger's Mid-South division in 2011. She has served in her current role since 2013.