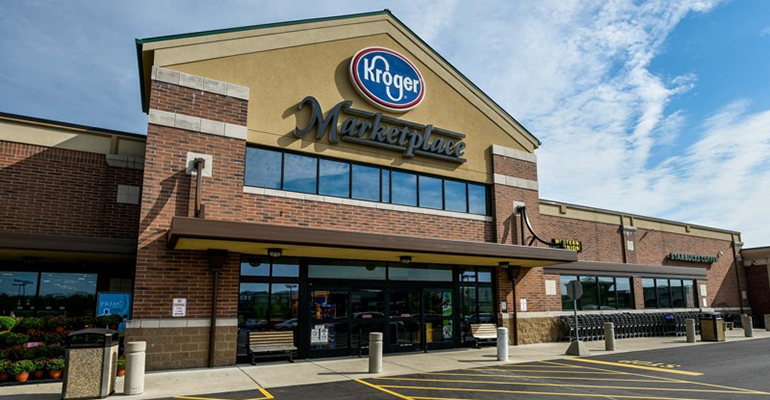 And in a conference call with analysts on Thursday, Chairman and CEO Rodney McMullen said Kroger doesn’t expect to hit its three-year target of $400 million in incremental operating profit by 2020, part of the company’s Restock Kroger strategic plan. The news sent shares down in the morning before they recovered heading into afternoon trading.

Operating profit edged up 1.8% to $559 million. Kroger reported a LIFO charge of $30 million in the quarter versus $12 million for the same period last year, driven by higher-than-expected inflation in dry grocery, pharmacy and dairy. 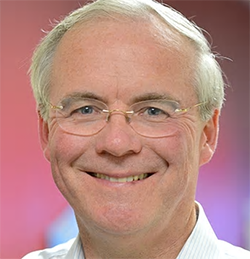 “Guided by our customer obsession, Kroger delivered our best identical-sales results since the launch of our transformational plan. Our internal customer measures are improving even faster than our identical sales growth,” McMullen (left) told analysts on the call.

“We continue to make significant investments to redefine the grocery customer experience. We are building a platform of seamless experiences to serve customers anything they want, anytime they want, anywhere they want. We know that seamless experience is essential to the customer experience both today and tomorrow, which is why we continue to invest heavily in our capabilities in this area,” he explained. “Kroger's digital sales grew by a solid 31% in the second quarter. Pickup and delivery sales growth continued to perform in the mid-30% during the quarter. Going forward, we expect our digital sales growth rate to moderate year-over-year primarily due to the cycling of Home Chef and as a result of our disciplined focus on growing the [Kroger] Ship customer over other digital offerings like Vitacost.”

During the second quarter, Kroger expanded to 1,780 online grocery pickup sites and 2,225 delivery locations, covering more than 95% of households in the company’s market areas.

“Importantly, we are starting to see improving operating profit trends in our digital business,” McMullen pointed out in the call. “Our digital business is becoming less of a headwind, which is an important inflection point as we continue to invest in new capabilities to support our transition to seamless. However, I do want to note this is still a significant investment for the company.”

Sales in Kroger’s private-label portfolio, or “Our Brands,” increased 3.1% year over year. The retailer said it launched 203 new Our Brands items in the quarter.

“Retail and unit share growth led to the highest second-quarter share in Our Brands history,” said McMullen. “And those new items delivered more than $137 million in incremental sales during the second quarter, further bolstering our supermarket business,” he added. 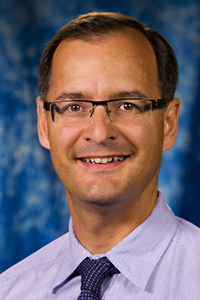 Chief Financial Officer Gary Millerchip (left) said in the call that key beverage categories, produce and natural foods “ outperformed the company” in the second quarter, which also saw top-line momentum in pharmacy business and a mid-single-digit increase in prescription count.

“Overall, we are pleased with sales progress in the quarter, and we will continue to work to build on this momentum in the second half of the year,” Millerchip said.

Analysts, on average, projected adjust EPS of 41 cents, with estimates ranging from 31 cents to 46 cents, according to Refinitiv/Thomson Reuters.

“We want to be clear on today's call that we are not reconfirming the three-year, $400 million in incremental operating profit expectation,” McMullen told analysts.

Wall Street’s consensus estimate is for full-year adjusted EPS of $2.17, with projections running from $2.00 to $2.25, according to Refinitiv/Thomson Reuters.

McMullen said in the analyst call that more of the details behind Kroger’s guidance will be shared at the Cincinnati-based company’s annual investor day in November.

“Transformation is incredibly difficult, and that's the journey we are on with Restock Kroger. As we reflect on this journey, we want to be transparent about what went according to plan and what didn't go as anticipated,” he said.

“Over the course of a three-year plan in today's retail environment, there are lots of puts and takes. That said, I want to reiterate that Kroger is committed to FIFO operating profit growth in 2020 over 2019 confirmed guidance,” McMullen added. “The Restock Kroger transformation journey sets the company up for long-term growth looking forward, and the benefits we have seen thus far have helped Kroger in our transformation from grocer to growth company. We have the right overall strategy and framework for this business and look forward to telling you more about it in November.”