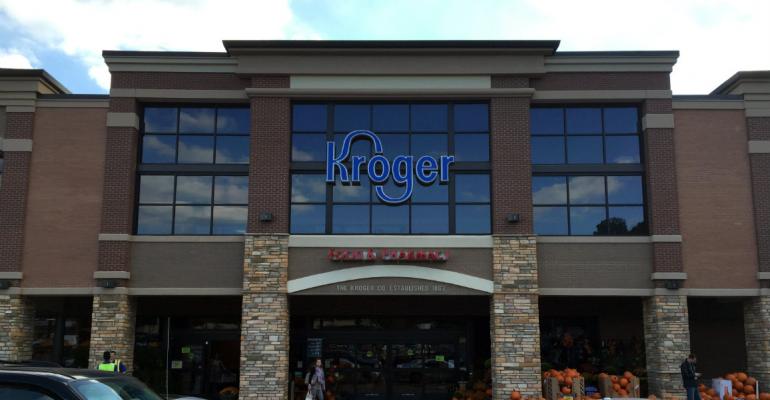 Led by more aggressive positioning at Kroger, supermarket prices in the Atlanta market are down by 3.8% since July, according to a basket study by Wolfe Research released Friday.

"Our trip to Atlanta this week suggested that the competitive climate in the market just got more aggressive and, for the first time, was led by Kroger," analyst Scott Mushkin said in a research note to clients.

Despite numerous reports suggesting retailers have become more promotional as they pass deflating prices onto consumers, Kroger officials in a conference call earlier this month maintained the activity was confined to certain geographies, and that it was not necessarily returning fire in every market.

However, Wolfe's figures showed Kroger exhibiting the highest sequential price drops of the major food retailers in the market since July, falling by 7.8% vs. 4.8% price decreases at Publix and 1.4% sequential declines at Wal-Mart Stores. Target's basket was down 1.3% since July, the study said.

Kroger's more aggressive stance, Mushkin suggested, was in response to ongoing rollbacks at Walmart, which initiated pricing actions earlier this year. The representative basket at Walmart is down by 6% since March, he said.

"Our research has shown that Kroger has largely remained on the sidelines and not become more promotional as industry price competitiveness, led by Wal-Mart, has increased in recent months," Mushkin said. "In Atlanta, our survey work would now suggest that this has changed in September."

Walmart is the leading price operator in the Wolfe study, holding a 4.1% advantage over Kroger; a 4.9% edge on Target, and a 16.2% edge on Publix on a basket of fast-turning, high-penetration items.

According to Metro Market Studies, Publix holds a narrow lead in market share in Atlanta over Kroger, and Walmart, respectively.