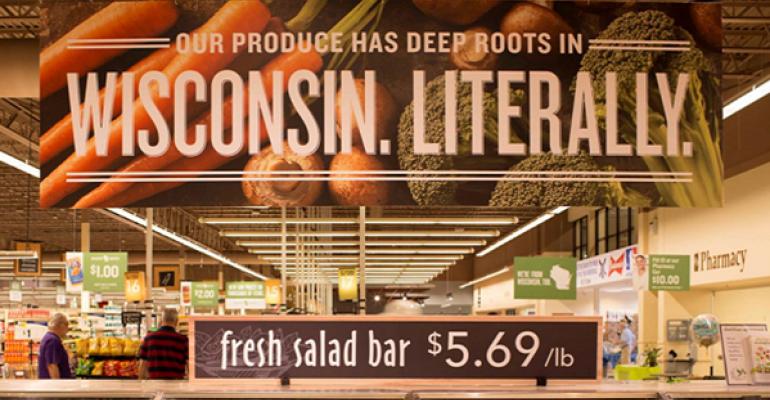 While Kroger’s announced acquisition of Roundy’s provides the buyer with an exciting high-volume format in the Chicago market, the deal might also provide a lifeline for struggling banners in Wisconsin.

Observers who spoke to SN in the aftermath of the deal announcement Wednesday described Roundy’s as hurtling toward financial crisis had Kroger not intervened, citing a heavy expense load, stocks and bonds trading at low levels, and stores facing an erosion of sales and market share amid a rash of new competitors in its home state. And while the Chicago area fresh food superstores under the Mariano’s banner have quickly grown into a market force, that chain requires scale to operate profitably.

Roundy’s on Wednesday said sales in the quarter ended Oct. 3 were flat, reflecting a 15.9% increase in Illinois sparked by new Mariano’s stores and a 7.5% decline in Wisconsin, where Roundy’s operates the Pick n’ Save, Copps and Metro Market banners. Comparable-store sales were down 3.4% as store visits declined by 4.2%, offset in part by a higher average ring. The company posted a $9 million quarterly loss.

“Our third quarter results were disappointing as sales and EBITDA did not meet our expectations,” Robert Mariano, chairman and CEO of Roundy’s, said in a release. “The sales shortfall was primarily due to continued competitive store openings in our Wisconsin markets.”

Roundy’s this summer began addressing heightened competition with a new program of pricing and store investments known as the “Wisconsin Proud,” initiative, but the efforts were confined to select stores as the company’s ability to spend was constrained by debt service and by investments it made building out Mariano’s.

Rumored to have been in search of a buyer for years, Roundy’s found perhaps its most likely strategic partner in Kroger, a Midwest powerhouse with little to no presence in Roundy’s markets. According to Flickinger, Kroger was the “last, best, final and only” buyer for the chain, and moved now before Roundy’s financial condition deteriorated further.

He predicted Kroger would need to devote “hundreds of millions” to fix the banners.

David Livingston, a consultant based in Pewaukee, Wis., told SN Roundy’s had a very difficult month in October. “Bankruptcy was inevitable,” he said.

Mike Schlotman, Kroger’s CFO, in a conference call Wednesday acknowledged the Wisconsin stores were “more of a fixer-upper” than Kroger typically buys, but he also likened the units to Kroger’s own condition when it began making price and service investments comprising its triumphant “Customer 1st” strategy in the 1990s.

“I would say from a competitive pricing standpoint, they’re in a better position today, than when we started our customer first journey,” Schlotman said, acknowledging that more investment is still required. “We clearly see a path where we can grow revenue, particularly in Wisconsin with a number of stores they have.”

Schlotman also cited Roundy’s strong real estate portfolio and its good reputation for service as factors giving Kroger confidence it could improve them.

“When we get their sales turned around and they become positive in Wisconsin, that will be a very positive piece of the return of this deal,” he said.