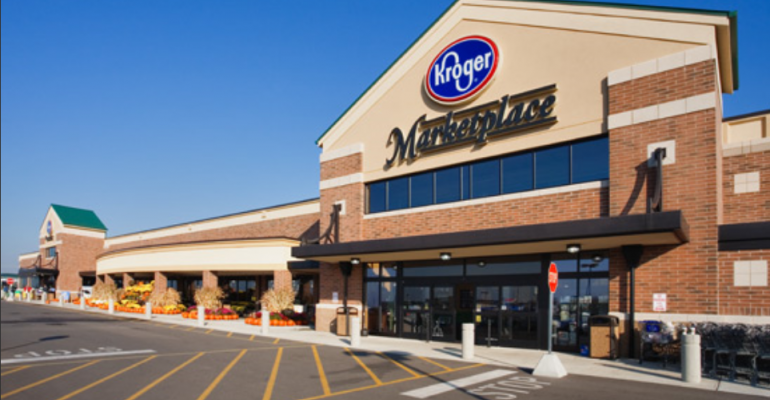 The Kroger Co. edged above Wall Street’s adjusted earnings forecast for the third quarter despite a dip in revenue, largely from the sale of its convenience store business.

On average, analysts projected adjusted earnings per share of 43 cents, with estimates ranging from a low of 39 cents to a high of 47 cents, according to Thomson Reuters.

Third-quarter sales totaled $27.67 billion, down 0.3% from $27.75 billion a year ago. Kroger said sales rose 1.7% year over year excluding fuel, the divestiture of the C-store business and the acquisition of meal kit provider Home Chef. Identical-store sales grew 1.6%, excluding gasoline, compared with a 1.3% gain in the prior-year period. 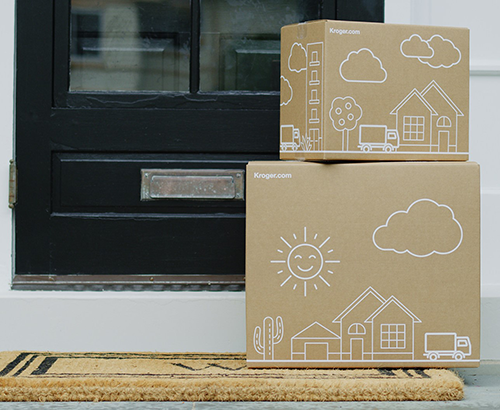 Digital sales jumped 60% in the quarter as Kroger Ship expanded to all divisions.

Revenue fell short of analysts’ average estimate of $27.71 billion but was in line with their projected range of $27.12 billion to $$28.47 billion.

Kroger noted that digital sales surged 60% during the third quarter as the Cincinnati-based retailer expanded its Kroger Ship online delivery service to all divisions. Meanwhile, the company made strides in its efforts to drive alternative income streams, reporting record-year-to-date profit for Kroger Personal Finance and a 150% revenue increase for Kroger Precision Marketing.

Gross margin for the quarter was 21.6% of sales and, excluding fuel and a $12 million LIFO charge, declined 91 basis points but still was higher than in the 2018 second quarter, according to Kroger. The gross margin rate reflects the timing and size of price investments versus a year ago, rising transportation costs and the growth of the specialty pharmacy business, the company reported.

Adjusted EBITDA (earnings before interest, taxes, depreciation and amortization) for the rolling four quarters was $5.51 billion versus $5.77 billion a year ago. Kroger said the total includes adjustments for the sale of the c-store business, pension plan agreements, the termination of the company-sponsored pension plan, the value change in Ocado securities, a goodwill impairment for Kroger Specialty Pharmacy and a 53rd week.

"Kroger is transforming our business model. We're moving from a traditional grocer to a growth company with both a strong customer ecosystem that offers anything anytime, anywhere and asset-light, high-margin alternative partnerships and services,” Chairman and CEO Rodney McMullen said in a statement. “Restock Kroger is the blueprint for this transformation.”

For the year to date, Kroger noted, adjusted net EPS (diluted) came in just above internal expectations because of “solid early execution” for Restock Kroger, the company’s plan to redefine the customer experience. Those efforts include process changes that drove sustainable cost controls and higher-margin alternative profit streams, which the company said will enable it to make incremental Restock Kroger investments and meet its fiscal 2018 guidance.

According to McMullen, "We are strengthening the Kroger ecosystem by reducing costs and investing the savings in our associates, technology and price to grow units, traffic and share. Leveraging our store, logistics and data assets in turn creates incremental new profit streams, which then further redefines the customer experience. In this way, our new growth model will be a virtuous cycle. We are doing all of this and remain committed to delivering on our 2020 Restock Kroger financial targets."

Looking ahead to the full 2018 fiscal year, Kroger lowered its GAAP EPS guidance, which along with the mixed quarterly results sent its share price down in morning trading on Thursday.

The company now projects reported net EPS (diluted) at $3.80 to $3.95, compared with its previous estimate of $3.88 to $4.03, because of the 9 cents-per-share market value adjustment in the third quarter for its investment in Ocado. Kroger upheld its adjusted net EPS (diluted) guidance of $2.00 to $2.15 for the year.

Analysts’ consensus forecast is for adjusted EPS of $2.12, with estimates running from a low of $2.05 to a high of $2.32, Thomson Reuters reported.

Kroger affirmed its fiscal 2018 identical-store sales forecast for growth of 2% to 2.5%, excluding fuel.