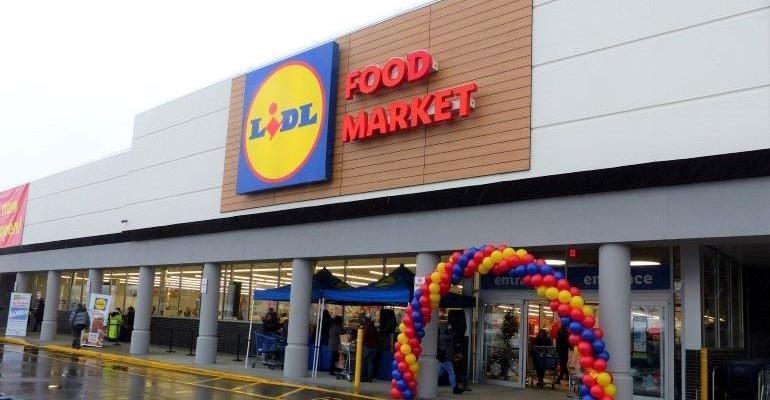 Lidl plans to raise starting pay for all hourly employees in the Philadelphia area to $15 an hour.

Arlington, Va.-based Lidl US said yesterday that the wage increase, for both full- and part-time employees, takes effect April 5. The hard discount grocer operates seven stores in the Philadelphia market, including two in the city plus locations in Folsom, Royersford, Norristown, Lansdale and Exton, Pa.

More than 150 employees will see an immediate increase in pay, Lidl said. Starting in 2020, the retailer began providing full health care coverage and other benefits to all part-time employees. Full-time workers already were eligible for the benefits package. And last March, Lidl developed a program with health insurer CareFirst BlueCross BlueShield to give all of its employees access to full COVID-19 medical coverage at no cost.

Lidl also announced this past January that all U.S. employees who get a full COVID-19 vaccination will receive $200 in extra pay.

“Lidl is proud to offer our team members across the Philadelphia area the most competitive wage and benefits package in the region, including comprehensive health care for all full- and part-time employees,” Eoin Byrne, chief human resources officer for Lidl US, said in a statement. “We are committed to supporting our team in every market with an industry-leading total compensation package that also includes great benefits, such as a 401k retirement plan with a generous company match, so they can be at their best and serve our customers.”

The new starting wage for the Philadelphia area more than doubles the current minimum wage in Pennsylvania and represents one of the highest starting wages for grocery retailers in the city, Lidl reported.

“We welcome and greatly appreciate Lidl’s commitment to the company’s Philadelphia-area employees with this exciting announcement,” Philadelphia Mayor Jim Kenney stated. “Raising wages, especially during a time of economic challenges, is one of the most straightforward ways to help working families and move our economy forward. We’re proud to see Lidl join employers across the Philadelphia region that are taking action on raising wages, recognizing the dignity of work by paying their employees a living wage. As Lidl demonstrates with this commitment, raising wages is not just good for workers, it’s good for business. We encourage other employers to follow their lead.”

Philadelphia Commerce Director Michael Rashid added, “We’re proud of and thankful for Lidl’s continued investment in our region. Higher wages level the playing field for workers, which helps to make Philadelphia more equitable and affordable. With its commitment to the Philadelphia area and its residents, we look forward to working with Lidl in the future.”

Lidl also is slated to lift its starting wage in Long Island, N.Y. Plans call for the grocer to raise the entry hourly wage for full- and part-time workers from $15 to $16.50 per hour beginning March 8, Newsday reported last month. The increase will affect 300 of Lidl’s 800 employees in Long Island, where the chain has 14 stores.

Also last month, Lidl raised the starting hourly wage from $12.50 to $15 in metropolitan Atlanta, where it operates 13 stores, according to published reports. The increase went into effect on Feb. 8.

“We conduct regular analyses across all of our markets to ensure we are putting together a leading total compensation package,” William Harwood, Lidl US communications director, said in an email on Friday.

Major grocery retailers that have raised or plan to increase their starting hourly wage to $15 or more include Amazon/Whole Foods Market, Target and Costco Wholesale. Walmart said in mid-February that wage investments will lift its average hourly pay to over $15, while Kroger reported in its fiscal 2020 earnings call yesterday that its average hourly wage rose to $15.50 from $15 last year and, including full benefits, climbs to over $20.

The United States hasn’t raised the $7.25-per-hour federal minimum wage since 2009. The Biden administration and congressional Democrats planned an increase to $15 as part of a $1.9 trillion COVID-19 stimulus bill, but the effort was scuttled by the Senate parliamentarian. Currently, 29 states had laws setting the minimum wage above $7.25 as of Jan. 1, according to the U.S. Department of Labor.