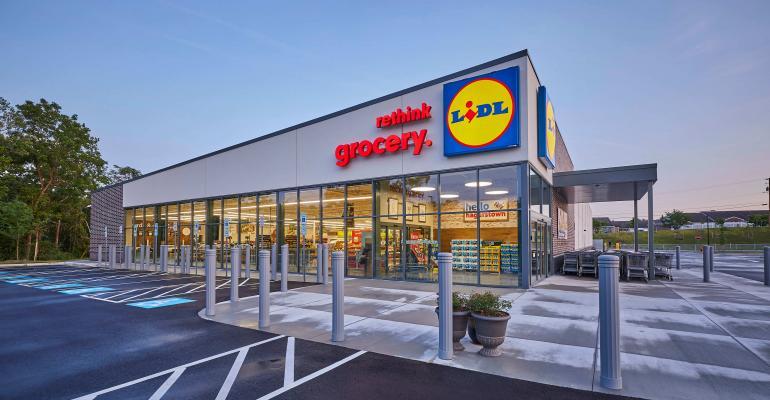 Arlington, Va.-based Lidl US said Tuesday that stores are slated to open in East Meadow, Oakdale, Patchogue and Lake Grove, N.Y., bringing the total number of announced openings on Long Island to eight, including two in Nassau County and six in Suffolk County.

The new stores stem from Lidl’s acquisition of 27 Best Market stores — including 24 on Long Island, two in New York City (Astoria and Harlem) and one in Holmdel, N.J. — last November. The transaction closed in early 2019.

At the end of April, Lidl unveiled the first Long Island store openings, earmarked for early 2020. They include brand-new stores in Plainview and Center Moriches and converted Best Market stores in Huntington and Babylon. The Plainview Lidl will replace a small Best Market store in Hicksville that was closed last month.

“We appreciate all the support we have received across Long Island as we prepare to open our first Lidl food markets in the region,” Lidl US President and CEO Johannes Fieber said in a statement. “Our teams are working hard to get ready and cannot wait to introduce shoppers to Lidl’s award-winning shopping experience. Lidl food markets will bring fresh choices, convenient shopping and bigger savings to shoppers across Long Island.”

The East Meadow, Oakdale, Patchogue and Lake Grove stores are currently Best Market locations that will be converted to the Lidl banner. Of the two new Lidl stores slated for Long Island, the Plainview location will occupy a former ShopRite site, while the Center Moriches location will take over a former Waldbaum’s space. Best Market already had planned to open stores in both spots before its acquisition by Lidl.

“I am pleased to welcome Lidl into our community,” New York State Assemblyman Andrew Garbarino stated. “Lidl has established a unique approach to grocery that will enhance the experience for Long Islanders. With an attractive store model and streamlined processes, Lidl will bring efficiency for shoppers and greater wages and benefits to its team members.”

When initially announcing its plans for the region, Germany-based Lidl noted that it will “invest heavily in Long Island” and use local contractors for the Best Market store remodels. On Tuesday, Lidl said all Long Island full- and part-time store employees will receive full medical benefits, and the starting minimum wage for store associates will be $15 per hour, $3 more per hour than the required minimum on Long Island.

“I am excited for Lidl’s expansion to Long Island,” New York State Sen. Phil Boyle said in a statement. “Lidl will provide excellent customer service and great savings. From their philanthropic work to their commitment to employees, I proudly welcome Lidl to our community.”

A Lidl US spokesman previously told Supermarket News that the hard-discount grocer expects to convert the Best Market stores to its banner over the next two to three years.

The Long Island locations are part of an East Coast expansion plan that Lidl US revealed in mid-May. The company aims to open 25 new stores in Maryland, New Jersey, New York, North Carolina, Pennsylvania, South Carolina and Virginia by next spring. Including those openings, the retailer expects to surpass the 100-store mark in the United States by the end of 2020, with locations in nine states. The expansion is expected to create over 1,000 new jobs.