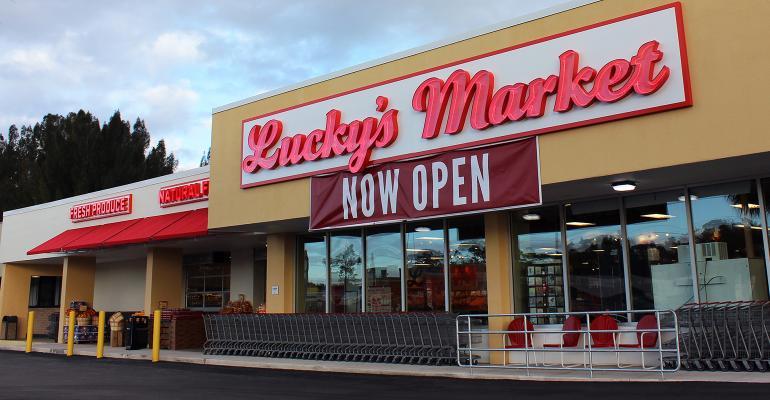 Lucky's Market
Reports of Lucky's Market closing most of its stores come more than a month after The Kroger Co. announced that it had decided to divest its stake in the specialty grocer.
News>Retail & Financial

Lucky’s Market reportedly closing most of its stores

Specialty grocer Lucky’s Market plans to shut most of its 39 supermarkets, according to published reports.

Among the stores to be closed are Niwot, Colo.-based Lucky’s 20 Florida locations, USA Today reported Tuesday. Media in states where Lucky’s operates also reported that local stores are due to be shuttered and their staffs laid off.

Earlier today, a source with knowledge of the situation contacted Supermarket News and said Lucky’s aims to close 32 stores by Feb. 12, including all Florida stores save for the Melbourne location.

Lucky’s Market, which has stores in 10 states, couldn’t immediately be reached for comment.

The reports come more than a month after The Kroger Co. announced that it had decided to divest its stake in Lucky’s Market. Kroger unveiled the move in reporting its third-quarter results. In April 2016, Kroger announced a strategic partnership with Lucky’s that included an undisclosed equity interest.

“The amount of investment that it would take for Lucky's to be a meaningful contributor to Kroger overall and the efforts that it would take, we just didn't think it created a good return for the investments that were needed to be made relative to that,” Kroger Chairman and CEO Rodney McMullen said in a conference call with analysts in December. “So it was really driven by narrowing our focus and the additional requirements to make it something that would be meaningful to Kroger.”

“During our investor conference last month, we committed to continue to be disciplined in prioritizing capital allocation to improve return on invested capital and create sustainable shareholder return,” Millerchip said in the analysts call. “As part of a portfolio review, we made the decision to evaluate strategic alternatives in relation to our investment in Lucky's Market. As a result of this review, the company has decided to divest its interest in Lucky's Market.”

As the news broke about Lucky’s Markets, employees, customers and fans took to Twitter to express their feelings:

#Breaking: Lucky's Market to close in Springfield, many other U.S. locations https://t.co/xXZVFlFGLO via @springfieldNL

No more drinking wine while you shop. All Lucky’s Markets closing in Florida — except one https://t.co/c3ALYMkkqN

Me moments after learning Lucky's Market is closing: pic.twitter.com/Q4URx3rJe5

As someone who loves to cook, I always appreciated Lucky's commitment to local sourcing and sustainability. Really sad for the staff, who was always the best part of my shopping experience. https://t.co/sPHDTwHmdz