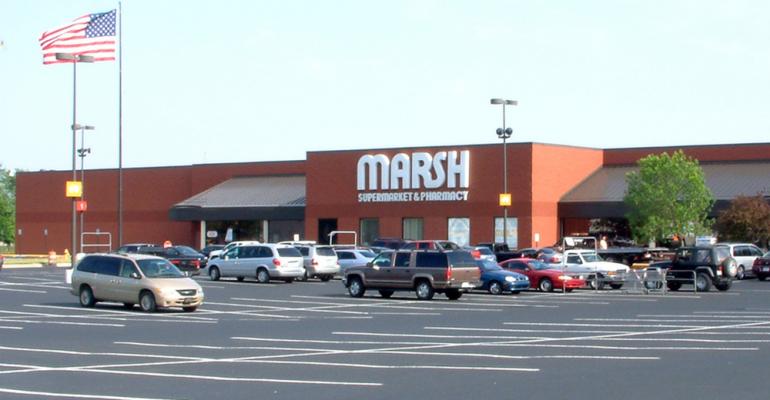 Marsh said to cut staff amid new round of closures

Marsh Supermarkets has cut back sharply on its headquarters support staff, according to sources, indicating that the company will likely continue to shutter locations.

In addition, many of its direct-store delivery (DSD) vendors are demanding cash on delivery (COD) at some of the remaining locations, which is only expected to worsen the chain’s financial difficulties.

“From where I sit it is clearly the beginning of the end,” said Mark Heckman, principal, Mark Heckman Consulting, and a former Marsh executive.

As previously reported, Marsh, which was founded as a family-owned chain in 1931 but ran into financial difficulties in the early 2000s before it was acquired by private equity firm Sun Capital Partners in 2006, has recently been closing stores one at a time and has reportedly stopped paying its rent at some locations.

Local reports said Marsh is planning to shutter at least 10 more stores in May, including three stores on May 6 and another seven on May 14.

Marsh officials could not be reached for comment. In February, as Marsh was preparing to close a handful of locations, David Palmer, senior VP of sales, marketing and advertising at Marsh, had told SN that no further closures were planned.

Heckman told SN that several weeks ago, Marsh made “rather drastic cuts” to its headquarters staff, “particularly among longstanding IT department people.”

That was a signal, he said, that support services to the company’s stores would be be “drastically diminished.”

“As far as I can tell now, there has likely been a pecking order of stores to closed in a sequence that will optimize Sun Capital’s ability to continue to derive some income from Marsh,” said Heckman.

He said the news of store closures will likely only exacerbate the chain’s challenges, as shoppers begin to assume their local Marsh may be closing as well.

Heckman thinks Marsh might have about 15 to 20 locations that may be of interest to Pittsburgh-based Giant Eagle, which operates one Giant Eagle Marketplace location in the market, and to Cincinnati-based Kroger. The latter, however, has been “very aggressive” in building stores near existing Marsh locations, he said, which might reduce its interest in some stores that might become available.

Marsh still has some viable locations outside of Indianapolis, in towns such as West Lafayette, Bloomington and Muncie, Heckman said.

“Beyond that, their best stores in Indianapolis are their Zionsville stores, Broad Ripple and the two downtown Indianapolis stores, which are likely to be acquired by Whole Foods, Kroger or Giant Eagle,” he said.

Representatives from Giant Eagle, Kroger and Whole Foods could not be reached for comment.

Grand Rapids, Mich.-based Meijer also has been expanding aggressively in the market, as has the natural-and-organic specialty retailer Fresh Thyme, which is backed by Meijer.

Whole Foods has a store planned for Indianapolis’ resurgent downtown area, which could open by the end of this year, according to local reports. That store would be just a few blocks from a downtown Marsh Supermarket that opened in 2014, the chain’s only store opening under Sun Capital’s ownership. Marsh also operates a store under the O’Malia’s banner in downtown Indianapolis.

Palmer of Marsh previously had told SN that both downtown locations were “doing well.”

Local TV station WRTV quoted a Marsh spokesman as saying, "This is a very difficult decision for us as we have been serving these communities for many years and have many great relationships with our valued customers.”

The latest round of closings will leave the company with about 55 locations, down from more than 120 when Marsh was acquired by Sun Capital in 2006.

Reports emerged more than a month ago that the chain was about to file bankruptcy any day, but the company told SN at that time that, in fact, the company was continuing to look for new store opportunities.

Tom O’Boyle, who joined Marsh as CEO in 2012, told the Indianapolis Star in a 2015 interview that the company was embarking upon an aggressive remodeling program and could add as many as 13 new locations by the end of 2018.

Heckman said O’Boyle, who previously had been with Montvale, N.J.-based A&P, deserves some credit for keeping the chain afloat as long as he has.

“With margin enhancement, cuts in HQ staff and store labor as well, Tom O’Boyle has been able to extend the life of Marsh several years past where I thought possible,” said Heckman. “Hats off to him, I suppose.”