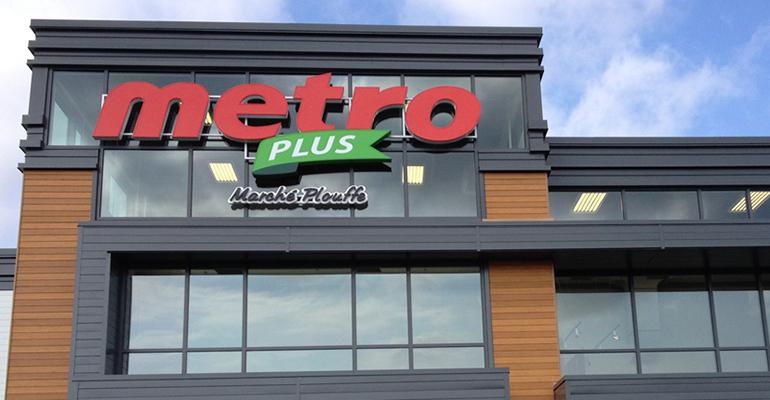 Metro said late Monday that Canada’s Competition Bureau has authorized the transaction, and the companies expect to finalize the deal on May 11.

Together, Metro and Jean Coutu will form a more than $16 billion food and drug retail company with more than 1,300 stores in Quebec, Ontario and New Brunswick.

"We are pleased that this important step has been taken toward creating a new retail leader in Quebec,” Metro president and chief executive officer Eric La Flèche said in a statement. “We are looking forward to welcoming the employees and pharmacist owners of the Jean Coutu Group to our team and together better serve our customers for all their food, pharmacy, and health and beauty needs.”

For their 2017 fiscal years, Metro totaled sales of $13.17 billion, while Jean Coutu posted revenue of $4.74 billion for its retail network and corporate sales of $789.4 million.

Plans call for Metro’s pharmacy distribution and franchising activities, including McMahon Distributeur Pharmaceutique Inc., to be combined with those of Jean Coutu. Metro has said Varennes, Quebec-based Jean Coutu will operate as a stand-alone division with its own management team, led by its current president and CEO François Coutu.

Under the agreement with the Competition Bureau, Metro will divest 10 pharmacies, located in Amos (two stores), Baie Saint-Paul, Berthierville, Carleton-Sur-Mer, Coaticook, Disraeli and La Baie (two stores) and La Sarre, Quebec. All are Brunet locations except in Disraeli, which is a PJC Santé Beauté store.

Same-store sales decreased 1.2% for the 2018 second quarter. Excluding the calendar shift, comparable-store sales rose 1%, Metro said. The company noted that its food basket saw inflation of about 0.8%, continuing a trend from the 2017 fourth quarter.

Analysts’ consensus estimate was for fiscal 2018 second-quarter adjusted EPS of 46 cents, according to Zacks Investment Research.

“Back to Jean Coutu, the teams on both sides have been actively preparing over the last few months and are ready to go. We expect a smooth transition and look forward to welcoming the Jean Coutu employees and pharmacist owners to the Metro team. We believe this combination will create a stronger platform, allowing us to better meet our customers' needs and create long-term shareholder value,” La Flèche told analysts in a conference call on Tuesday.

“Despite the headwind facing our industry,” he added, “we are confident that we are well-positioned to grow in the long term with our diversified platform, multiple store formats, strong real estate portfolio, solid balance sheet to enable our investments in retail and supply chain and, of course, our experienced team.”