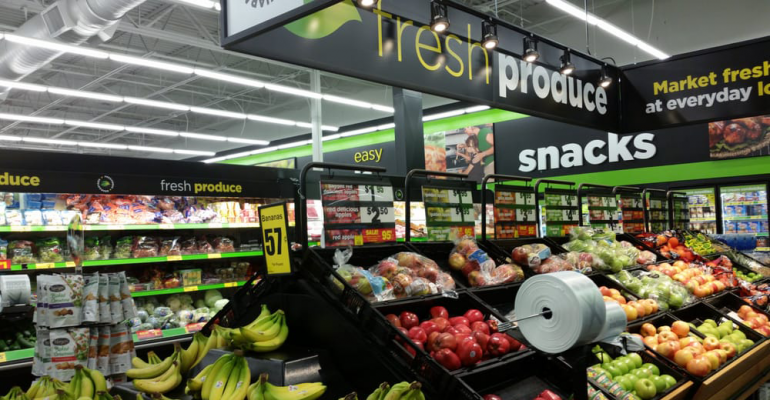 More food in the mix at Dollar General

Food remains a linchpin of Dollar General Corp.’s efforts to expand its store base and fine-tune its retail formats, according to CEO Todd Vasos.

The dollar store chain plans to remodel more stores to include extra refrigerated space and a fresh produce section and step up its “Better-For-You” initiative to offer customers healthier consumables, Vasos told analysts yesterday in a conference call on third-quarter results. 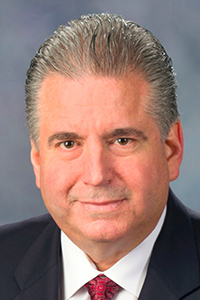 “Our cooler expansion continues to be an important sales initiative, particularly in mature stores. The team has done a fantastic job increasing the average number of cooler doors across the chain, and we are seeing a great return on this investment,” said Vasos (left). “As of the end of the third quarter, we have installed more than 20,000 cooler doors across our mature store base in fiscal 2018. Based on the success of this initiative, we anticipate continuing our cooler expansion efforts in 2019.”

To that end, Dollar General aims to convert more locations to the Dollar General Traditional Plus (DGTP), which accommodates a larger cooler count. Stores being targeted for the DGTP remodels have fewer than 12 cooler doors. Chainwide, the Goodlettsville, Tenn.-based retailer expects to have an average of 20 cooler doors per store by the end of its 2018 fiscal year on Feb. 1.

For fiscal 2019, Dollar General is looking to open 975 new stores, remodel 1,000 mature stores and relocate 100 stores. Vasos said that, of the 1,000 planned remodels, about 500 will be conversions to the DGTP format and about 200 will add produce.

“Having those opportunities to put stores with a produce section in areas that are food deserts — both in rural communities and metro settings — we find that we can drive a tremendous amount of traffic that way. Same thing with our cooler expansion,” he explained. “I would tell you that if you're thinking about a baseball game here, we're still probably only in the bottom of the fifth inning when it comes to our cooler expansion opportunities.”

As shown by the same-store sales results at remodeled stores, consumers are “voting with their pocketbooks,” Vasos added. “When you look at these remodels throwing off 10% to 15% comp lifts in DGTP with these additional coolers and then the high end with produce, we feel that we've got a real good runway ahead of us to continue to drive traffic, ticket [size] and overall sales very profitably.”

Contributing to that is the Better-For-You program, designed to provide customers with smarter, affordably priced food and beverage choices. Over time, Dollar General expects the effort to include over 130 products. About 75% of that portfolio is slated to include items from the retailer’s Good & Smart private label.

“We continue to be very excited about the early results from our Better-for-You initiative, which is performing well above our initial goals,” Vasos said. “We launched Better-for-You just a few months ago in response to feedback from our customers, who are starting to look for healthier food options at affordable prices. We are very pleased to be able to provide these product options to our customers at attractive price points that fit their budget.”

Approximately 2,700 stores now carry Better-for-You products, according to Vasos. “Over the last four-week period of the third quarter, half of our top 10 unit movers within Better-for-You were Good & Smart-branded items,” he said in the call. “We believe that the Better-for-You products appeal broadly to our customers and that we can roll out this offering to additional stores in 2019.”

The retailer opened the first DGX store in January 2017 in Nashville, Tenn., followed by locations in Raleigh, N.C., in March and in Philadelphia in September later that year. The concept features a soda fountain, a coffee station and grab-and-go sandwiches plus a curated selection of groceries, candy and snacks, pet care items, paper products, home cleaning supplies, health and beauty aids, home décor, electronics and seasonal items.

“DGX stores are about half the size of a traditional Dollar General store and have a product selection that is tailored to vertical living customers,” Vasos said. “We currently have three DGX stores, which overall are doing well versus our expectations. We are excited to continue investing in this innovative concept.”