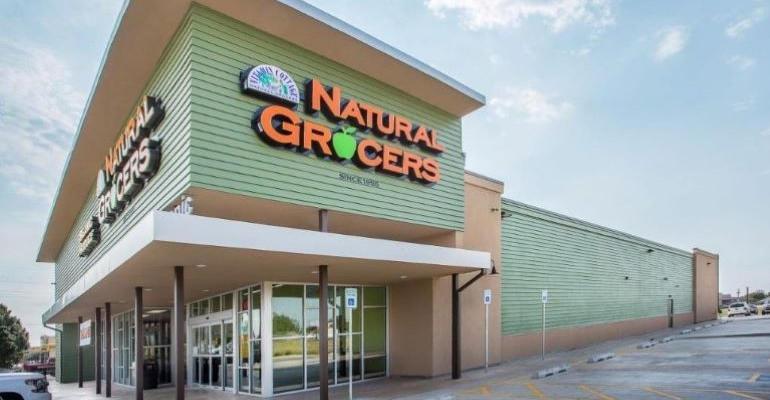 "We are pleased with our strong start to fiscal 2021. We continue to see positive operating trends as we effectively navigate the challenges of the COVID pandemic and the related government mandates," Co-president Kemper Isely said during Thursday's conference call. "In the first quarter, we saw continued momentum across our business, consistent with our expectations. Customers continued to practice social distancing and follow pandemic safety guidelines."

Related: Moving natural forward: What will 2021 bring for natural retailers?

Although store traffic decreased an average of 7.1% per day compared to a year ago, average transaction size grew 21.4% compared to Q1 2020. Consumers are still cooking at eating at home, as they have since March when it became clear that COVID-19 was spreading throughout the country. The virus had not yet been discovered in the United States when Natural Grocers' first quarter of fiscal 2020 ended.

"We saw positive results from many of our key initiatives," Isely said, crediting the company's loyalty program, meal deals and private label products for this quarter's growth.

During the first quarter, the loyalty program Npower accounted for 69% of the company's net sales, he said. At the end of the quarter, 1.3 million consumers had enrolled in the program, which allows the company to send refined marketing campaigns via email to specific customers.

Natural Grocers' meal deals offer simple recipes and shopping lists that will feed a family of four for less than $16. "These recipes feature Natural Grocers-branded products, which provide great deals to our customers," Isely said.

The company continues to grow its private-label offerings,  as well. It added two categories, with 11 SKUs, during the quarter. Private-label sales grew 23.5% and accounted for 7.5% of net sales, the co-president reported.

Dissinger pointed out that sales of dietary supplements increased 9.3% over Q1 a year ago.

However, online delivery sales accounted for only "a low, single-digit sales penetration rate," similar to previous quarters, he said.

In addition, the company opened one new store, resulting in a 3.2% new store growth rate for the 12-month period that ended Dec. 31.

While the pandemic might be increasing sales, it also increases some costs. Unlike some grocery chains, Natural Grocers continues to pay bonuses to distribution center and store employees, on top of the $1 per hour permanent wage increase they received last spring. Those changes cost the company $3.5 million in the first quarter of 2021.

In fiscal 2021, Natural Grocers plans to open five or six new stores and relocate three to five stores, Dissinger said. He also predicted that comparable store sales will average between a 2% decrease and a 2 percent increase as the company laps 2020's shopping surge.

The company also announced it will pay a cash dividend of $0.07 per share of common stock. The dividend will be paid on March 17 to all stockholders of record at the close of business on March 1.