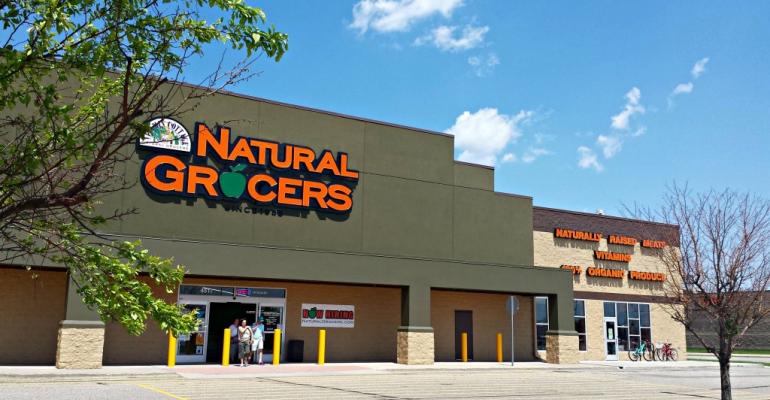 Going against the grain of grocery retailers reporting disappointing sales as they lap last year’s pandemic numbers, Natural Grocers by Vitamin Cottage reported on Thursday that net income and operating income increased, while net sales' and comparable sales' decreases were in the low single digits.

During the third quarter, which ended June 30, the number of transactions increased 4.1% and basket size dropped 7.4%—which is still 20% larger than the average basket size in 2019, he said.

The number of customers enrolled in the loyalty program Npower continues to grow, with 1.4 million members. Isely said this is an increase of 17% year over year, and a 4% increase from the second quarter.

Those customers accounted for 71% of Natural Grocers' sales, compared with 68% a year ago, he added.

The company's private label products, particularly a relaunch of private label supplements, is also helping the bottom line. The relaunch, which started in March, has introduced 115 new supplements, including vitamins, herbs and specialty formulations, to stores already. A total of 150 SKUs will complete the initial rollout, Isely said, with expansion to continue in the coming years.

The board of directors also announced on Thursday that stockholders would receive dividends of $0.07 per share on Sept. 15. The dividend will be distributed to shareholders of record as of Aug. 30.

Sales are down, but net income and EPS increased

As most food retailers are doing, Natural Grocers included results comparing Q3 FY2021 to the same period in FY2019 because the pandemic made FY 2020 such an anomaly:

Daily average store sales in the first three quarters were up 0.1% compared to FY2020, but 11.7% higher than in the first three quarters of FY 2019. For the same time period, average basket sales were up 6.6% compared with FY 2020 — Natural Grocers' fiscal year starts Oct. 1 and ends Sept. 30, so six months of FY2020 were pre-pandemic — and the average number of transactions was down 6.1%.

During Q3 of this year, Natural Grocers relocated stores in Pueblo, Colo., and Midland, Texas. The opening of new stores is a challenge because of construction delays, but the company still plans to open six to eight stores a year as those conditions improve.

The company updated its outlook for the rest of FY2021, saying comparable store sales will land between a 1% decrease and a 1% increase over FY20, and diluted EPS should be between $0.68 and $0.74.

The Lakewood, Colo.-based natural retailer celebrates its 66th anniversary in August, with a series of events and giveaways at its 161 stores in 20 states from Aug. 12-14.