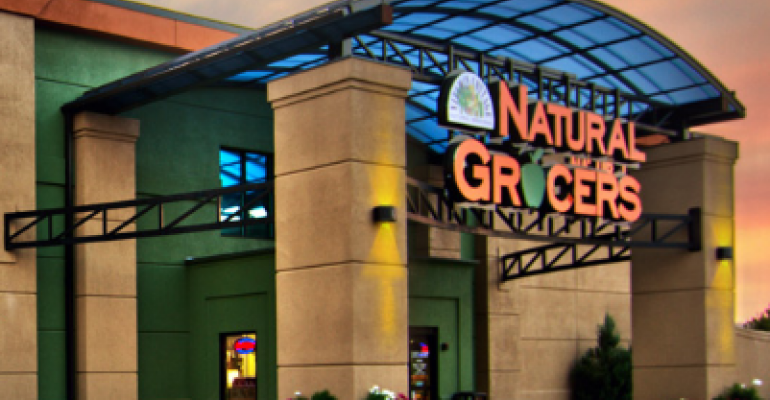 Natural Grocers
During the third quarter, basket size at Natural Grocers increased 31.5%, while the number of transactions fell 12.2% from the same period a year ago.
News>Retail & Financial

Basket size is higher in Q3 2020 vs. a year ago, but number of transactions is lower

Like most grocers during the COVID-19 pandemic, Natural Grocers saw its sales growth increase from a year ago, but not at the anxious pace of the second quarter.

Net sales increased 18.1% to $265.1 million for the third quarter, the company reported Thursday. Year-over-year sales in the second quarter, which ended March 31, increased 20.4% as the pandemic began to spread across the United States and consumers started stocking their pantries.

For the third quarter overall — the company's first full quarter since COVID-19 took hold — basket size increased 31.5%, while the number of transactions fell 12.2% from the same period a year ago. But both statistics changed considerably as the quarter progressed. Average basket size in April was 40.4% bigger compared to April 2019; May's was 31.6% bigger and June's was 23.3% bigger, he said.

At the same time, the year-over-year decline in transactions has slowed, Isely said. In April, traffic decreased 17.9% from a year ago; in May, it was down 10.8%; and in June, it dropped just 7.8%.

"We have seen these trends continue into July, with comps holding relatively stable with the prior three months," Isely said.

Pandemic-related costs, especially the pay raises and bonuses that Natural Grocers is paying its associates, have driven up store expenses 21% over Q3 2019. The increases cost $3.9 million or 82% of net income and, for the year, they are expected to cost $7.2 million, he said.

Still, Isely said he is committed to compensating employees and making the stores as safe as possible.

Other pandemic-related costs such as cleaning are minimal, and a reduction in marketing spending has offset some of the expenses.

Q3 by the numbers

In addition, Natural Grocers opened two new stores during the quarter, bringing its total to 159 stores in 20 states. The company plans to open one store in Los Alamos, N.M., this fiscal year, which ends in September. A store in Rio Rancho, N.M., will be relocated later this month, according to the company's website.

Once again, the company's board of directors declared a quarterly dividend of $0.07 per common share. The company began issuing dividends at the end of fiscal 2019 in November.

Looking ahead, Chief Financial Officer Todd Dissinger said Natural Grocers expects to see sales and margin continue to increase year over year. Overall, the company predicts an 11% to 13% increase in comparable sales for the year, with earnings per share of between $0.79 and $0.83.

Also on Thursday, the company announced the election of David C. Rooney to its board of directors. He replaces Michael Campbell, whose resignation was effective Aug. 5. Rooney recently retired from Deloitte & Touche LLP and will chair the board's audit committee.