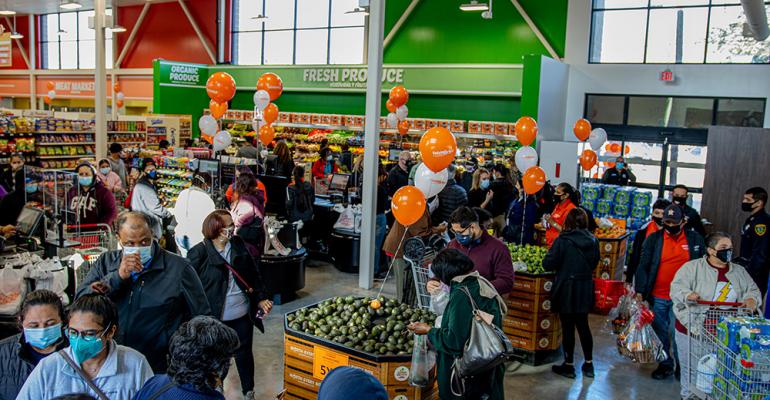 Telomarket became Houston’s newest grocery and meat market in January, opening in the city’s historic Fifth Ward with the help of a grant from the U.S. Department of Housing and Urban Development to address and serve locations designated as “food deserts.”

The family-owned grocery store has been in the works since 2016, according to Elaido Ayala, co-owner of Telomarket. The 15,000-square-foot location prides itself on offering fresh produce and meat that’s prepared to order by an on-site butcher, in an underserved community.

“There are a lot of moving pieces in an agreement like this between the federal government, the City of Houston, private contractors and private business owners,” said Ayala. “Getting all these players to come together takes a lot of time. Now we look at what we’ve been able to accomplish — with the support of great partners — and we know Telomarket will be an important contributor to this neighborhood.”

Telomarket kicked off the grand opening on Jan. 9, with numerous vendors hosting tents in the parking lot, followed by various promotions and giveaways that included 5,000 cases of water, 5,000 cartons of eggs and 1,000 baskets of fruits and vegetables. Throughout the day, Telomarket’s kitchen and café provided a gathering area for guests, following social distancing protocols.