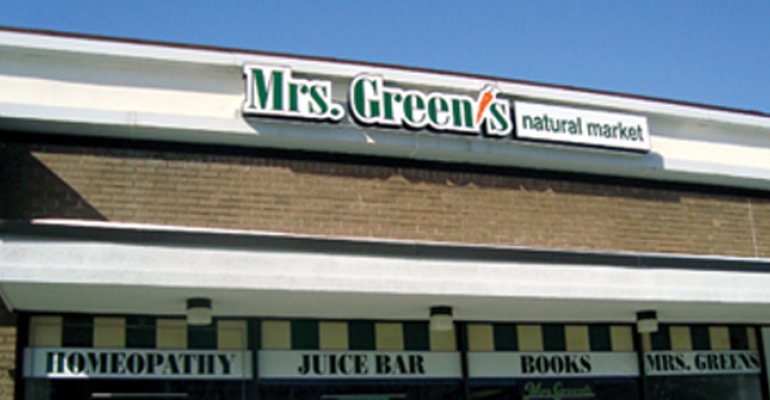 A judge for the National Labor Relations Board will hear arguments in a dispute between Mrs. Green’s Natural Market and eight former employees who say they were fired because they supported a union.

The workers, who were let go by the company in January, had been supportive of a failed attempt to organize workers at the Mount Kisco, N.Y., store last year.

The order to hear the case indicates that the NLRB’s regional office in New York found merit in claims by United Food and Commercial Workers Local 1500 that the workers were unlawfully fired. The board also ordered that a previous settlement between the parties be revoked, citing union claims that Mrs. Green’s had failed to comply with its terms.

The union has called on the company to reinstate the fired workers. The hearing is set for July 14.

"We're confident that we will receive justice," David Ramirez, a 10-year employee of the Mt. Kisco store who was fired in January, said in a statement provided by Local 1500. "We could not have gotten this far and received this decision without the support from the Union and the Mt. Kisco community, who have walked the picket line with us during a cold winter. That meant a lot to all of us and gave us support and energy to continue to hold strong and fight for our rights.”

Irvington, N.Y.-based Mrs. Green’s was expected to respond to the complaint this week.

“Mrs. Green’s Natural Market is proud of its workers and continues to invest in them — employing more full-time workers than its competitors, giving bonuses and discounts to hourly employees, and creating profit sharing and promotion opportunities for our employees,” John Collins, a spokesman for the retailer, told SN Thursday. “We provide our workers with a path to the middle class, helping them build a better future for their families across the New York region.”