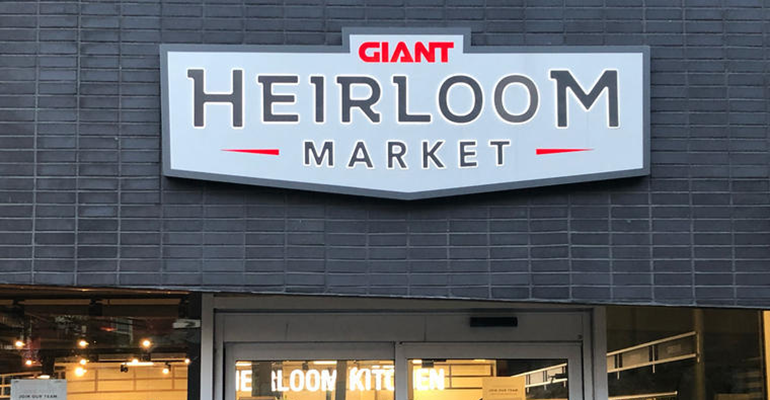 The new location, a 9,950 square-foot unit in Philadelphia’s University City neighborhood, is scheduled to open its doors to the public on Aug. 2, Giant said Tuesday. Located at 3401 Chestnut St., the store is between Drexel University and the University of Pennsylvania and near the area's hospitals.

Much smaller than a conventional Giant supermarket, Heirloom Markets are designed to accommodate compact urban spaces and provide shopping experiences that cater to city dwellers, with products and services tailored to the surrounding community. Giant opened the first Heirloom Market, a 9,500-square-foot store, on Jan. 25 at 2303 Bainbridge St. in the Graduate Hospital neighborhood of downtown Philadelphia.

Slated to open this fall is an Heirloom Market in Philadelphia’s Northern Liberties section, located at 1002 North Second St., across from Schmidt’s Commons, a popular pedestrian plaza with boutiques and restaurants. The fourth Heirloom Market, at 201 South St. in the Queen Village neighborhood, is due to open by the end of this year.

"The opening of our second Giant Heirloom Market store reaffirms Giant’s continued commitment not only to the Philadelphia region, but also to our strategic investment in the city's urban core," Giant Food Stores President Nicholas Bertram said in a statement. "We're thankful for the community's enthusiastic response to our first Giant Heirloom Market in Graduate Hospital and look forward to introducing this innovative design and concept to University City next month."

Like the first Heirloom Market, the University City store will offer a wide assortment of fresh, local and seasonal foods plus daily staples and natural/organic products from Nature’s Promise, a private brand from Giant’s parent Ahold Delhaize USA.

Customers also will find an array of grab-and-go meals and a curated selection of craft, imported and domestic beer and wines, complete with a rapid bottle chiller, enabling them to bring a bottle of wine home or head to a favorite BYOB destination. Giant noted that the neighborhood's students, faculty, administrators and hospital staff can eat a meal in the store's gathering space, which includes mobile device charging stations. 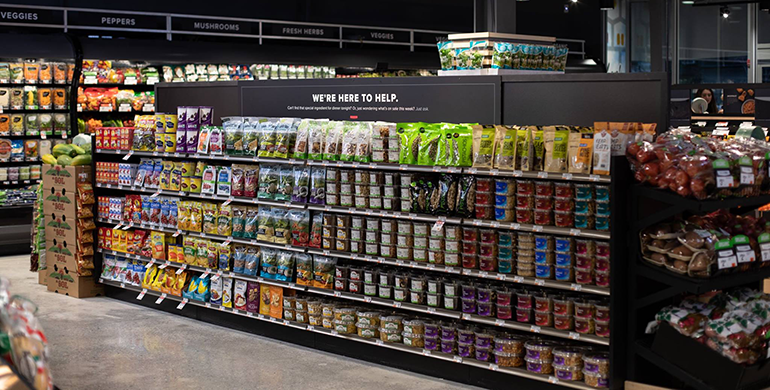 Other features include a section for plant‐based foods; local artisanal breads; fresh-made sushi; kombucha on tap; a do‐it‐yourself olive oil and vinegar blending station; and a gourmet cheese section with pairing recommendations. Shoppers also will be able to taste new flavors at a sampling station and indulge in favorites from Philadelphia‐area food vendors such as High Street on Market, Claudio’s, Isgro Pastries and One Village Coffee, which will offer a grind-your-own-beans option.

The Heirloom Market stores also cater to tech-savvy customers. Besides self checkout and mobile checkout with the Scan It! app, the locations include “endless aisle” service that allows shoppers who want an item unavailable in-store to order it online using an iPad and choose next-day pickup or delivery. Online grocery service is provided via Giant Direct Powered by Peapod, the retailer’s e-commerce arm. Online orders are held at proper temperatures until the customer arrives at the store for pickup or accepts delivery at their home or office. Giant added that the self-checkout stations are all named after local streets.

The University City store, to be open 6 a.m. to 10 p.m. daily, will employ about 50 full- and part-time associates, Giant said. Angel Cordero, a 20-year grocery veteran, has been appointed store manager of the University City GIANT Heirloom Market. Cordero also managed the successful opening of the first GIANT Heirloom Market. His strong customer service orientation, knowledge and expertise make him a clear choice to lead this next store opening.

"University City is the perfect neighborhood to bring Giant Heirloom Market to — a vibrant, fast-paced community full of professionals and students looking for fresh, healthy, convenient food," according to store manager Angel Cordero, who managed the opening of the first Heirloom Market. "Just like Giant Heirloom Market, the University City community is a neighborhood bursting with creativity and innovation, making for the perfect pairing. We can't wait to open our doors and get to know our new neighbors."