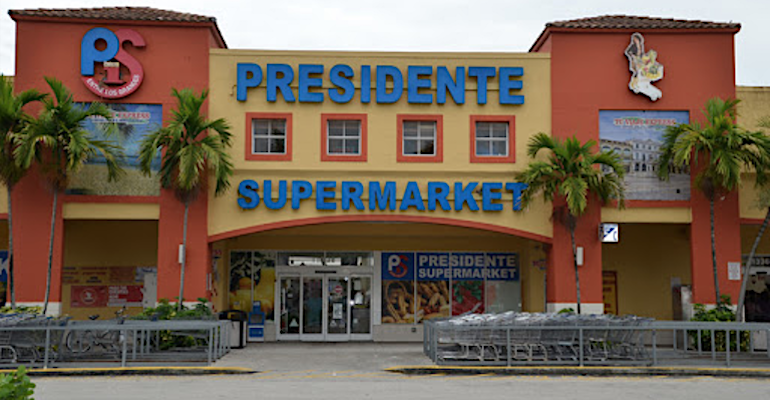 Miami-based Presidente said Friday that it will open one of the new stores in Orlando early this month, following another opened in the city at 7653 S. Orange Blossom Trail in January and a location opened at 4675 N.W. 199th St. in Miami Gardens in May. Plans call for a third new store in Orlando plus two in West Palm Beach and one in Pompano.

“Presidente Supermarkets is thankful that our focus on excellent customer service, high-quality products and affordable prices has received such a positive response across the state, and we are confident Grand Plaza Distributors will receive the same support,” Omar Rodriguez, president of Presidente Supermarkets, said in a statement. “During these difficult times, Presidente Supermarkets has stood with our customers, and is ready to continue investing in our community, through job creation and economic investment in their neighborhoods.”

Related: At Northgate Gonzalez Market, the focus is on family

The seven new stores and Omax Plaza Wholesale will generate more than 500 jobs and add millions of dollars to the local economies, President said, adding that its supermarkets often serve low-income neighborhoods. Each of the new stores will provide at least 60 new jobs to the communities they serve. Presidente currently employs about 2,600 Floridians.

“A combination of our great prices and value, with our excellent customer service, has helped us create a loyal client base in South Florida, and we are confident we will be able to do the same in Central Florida,” Rodriguez stated.

Overall, Presidente Supermarkets operates more than 30 stores in South Florida, as well as in the Orlando area.