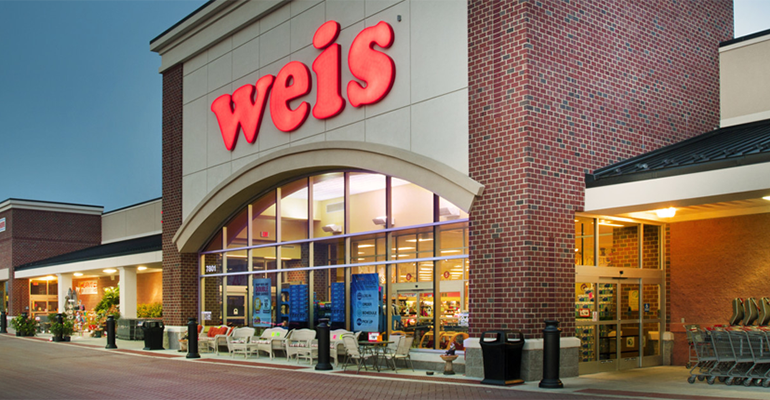 Price reductions and online grocery pickup and delivery contributed to higher sales for the fiscal 2019 second quarter at Weis Markets.

For the first half of the year, however, the Sunbury, Pa.-based regional grocer reported a dip in net earnings, despite closing out the period with a quarterly gain.

In 2019, both weeks of the holiday sales period fell in the second quarter. Weis noted that, last year, the Easter selling period occurred in the last week of the first quarter while the slower-selling post-Easter week took place in the second quarter. Management estimated the incremental holiday sales impact in 2019 at $9.7 million, which was excluded from the comp-store sales total.

Weis attributed the overall and same-store sales increases to the first-quarter launch of its “Low, Low Price” program, which serves up price cuts on 7,000 private-brand products, and the expansion of its Weis 2 Go online grocery pickup and home delivery service, now available at 75% of the supermarket chain’s 200 Mid-Atlantic stores. The company said “disciplined” marketing and advertising programs and targeted promotions also helped lift second-quarter sales.

Gross profit rates during the quarter were negatively impacted by declining retails and costs in fuel and in produce and dairy commodities, as well as by changing industry practices in pharmacy, according to Weis. Still, improved operational efficiencies at store level helped offset some of the pressure on margins, the company added.

Late last month, Weis Markets rolled out the Weis 2 Go service to another 61 stores, making it available at 150 of the chain’s stores, which are located in Pennsylvania, Maryland, Delaware, New Jersey, New York, Virginia and West Virginia.

This year, the company plans to open a new store in Bedminster, Pa., complete 14 store renovations and add six fuel centers as part of a $101 million capital expenditures budget. Among the in-store enhancements are beer and wine cafés in Pennsylvania, which now number 70. The most recent, inside the Weis supermarket in Mountain Top, Pa., offers more than 600 varieties of imported and domestic wines and over 400 varieties of domestic, imported and craft beer.