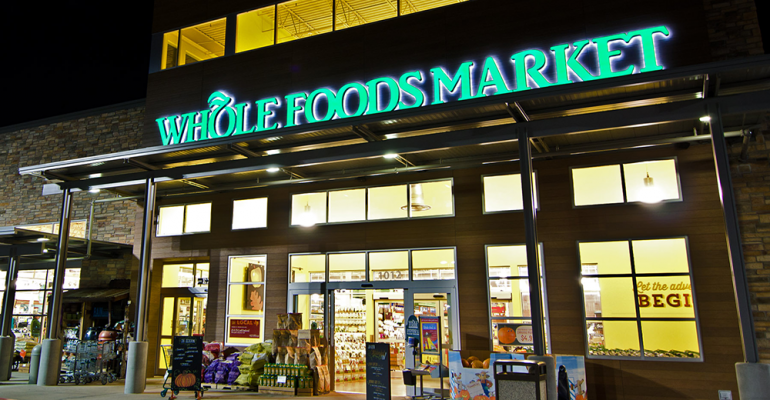 Prices back on the rise at Whole Foods

Is it the end of Amazon’s slashed prices at the high-end grocer?

Back in 2017 when Amazon first purchased Whole Foods Markets, one of the first moves made by the new owner was a slew of highly publicized price reductions designed to soften the grocer’s “Whole Paycheck” reputation — that its prices were too high for the average shopper. Now that may be changing.

According to a report in The Wall Street Journal today, pressure from consumer-product makers to cover rising costs for packaging, ingredients and transportation has led Whole Foods to raise prices on hundreds of products, based on internal communications viewed by the Journal.

A company email sent in December and viewed by the Journal listed 550 items that would see increases, ranging from cookies and crackers to olives. Prices also rose this month on an additional 50 items, as 700 contracts to sell certain goods at low prices expired. The new, higher levels on those items will bring Whole Foods hundreds of thousands of dollars per week in additional revenue.

While acknowledging the price increases, a Whole Foods statement released to the press noted that, “Like all grocers, Whole Foods Market has experienced increased costs from suppliers due to materials, labor and transportation, and we’ve absorbed much of the inflation. Many prices have also decreased, and we continue to expand the number of promotions we offer to give our customers better value. We remain committed to continuing to lower prices with Amazon as we deliver on our mission to make high-quality, natural and organic food more affordable and accessible.”

In addition to the price increases, Whole Foods last month announced it was pulling back on its cheaper Whole Foods 365 store formats, claiming prices at the regular Whole Foods stores are more affordable now anyway. Whole Foods also introduced exclusive discounts for Amazon Prime members in mid-2018, offering them an extra 10% off all sale items as well as rotating weekly discounts on an array of products.

In making the announcement about Whole Foods 365 last month, CEO John Mackey noted, “When we launched our Whole Foods Market 365 stores, the intention was to create a more value-focused and streamlined shopping experience that maintained the integrity of Whole Foods’ quality in a convenient format that’s less expensive to build and operate. We have been successful in achieving these goals.

“However,” he added, “as we have been consistently lowering prices in our core Whole Foods Market stores over the past year, the price distinction between the two brands has become less relevant. As the company continues to focus on lowering prices over time, we believe that the price gap will further diminish.”

Still, with 365 being shelved and prices on the rise at Whole Foods, shoppers who had gotten used to the Amazon-lowered prices may find themselves the victims of sticker shock once again at the Whole Foods checkout.