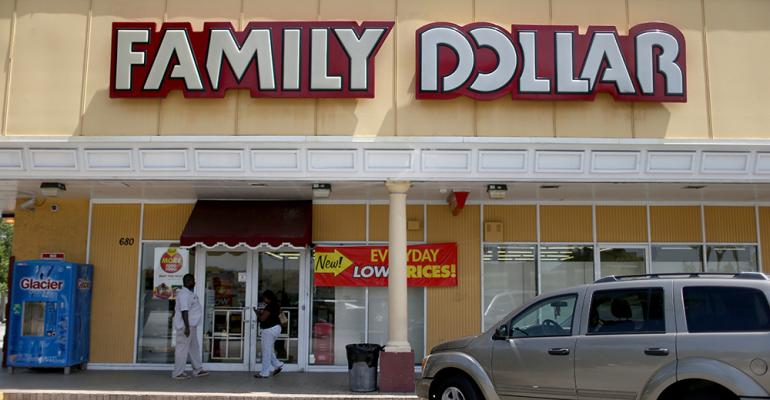 New store layouts and new private brands are on their way to Family Dollar stores this year as parent company Dollar Tree Inc. continues an effort to regain sales momentum at the acquired discount chain.

Chesapeake, Va.-based Dollar Tree posted overall sales of $5.3 billion, a 4% increase. Net earnings of $200.5 million declined from the same period last year due to a write-down of balance owed to it by Dollar Express stores, which acquired stores divested in the Dollar Tree-Family Dollar merger. Dollar Express is in the process of liquidating, and its stores are to be taken over by Dollar General.

Excluding the effect of the write-down, earnings per share of 98 cents was at the top end of Dollar Tree’s expected range.

Dollar Tree CEO Bob Sasser on Thursday said customers have been responding to cleaner and better merchandised Family Store stores but admitted “there is still a lot of work to be done” to fix the ailing banner.

He highlighted a new line of private brands and new packaging that he said would be “more relevant” and distinct, gradually replacing the “Family” labels currently in stores. For example, he said Home Line was replacing Family Dollar-branded products in household, and candies are transitioning to a new name: Katoomba Candy Co.

“In the months ahead, we will be transitioning labels and several other pipelines, mainly in the consumables categories,” Sasser said. “"These private brands are being developed to provide national brand comparable quality and terrific values to support the 'Compare and Save' component of our 'Smart Way to Save' program."

Officials said they had plans to renovate 250 Family Dollar stores this fiscal year, in addition to expanding frozen and refrigeration at 300 Family Dollar stores this year. Elements to the new layout include improved adjacencies and more productive endcaps, expended beverage and snack, including immediate consumption courts near checkout, expanded assortment of food and coolers and freezers, an updated hair care assortment expanded adult beverage in some stores and increasing power alley to promote dollar items, and a faster checkout process, Sasser said.