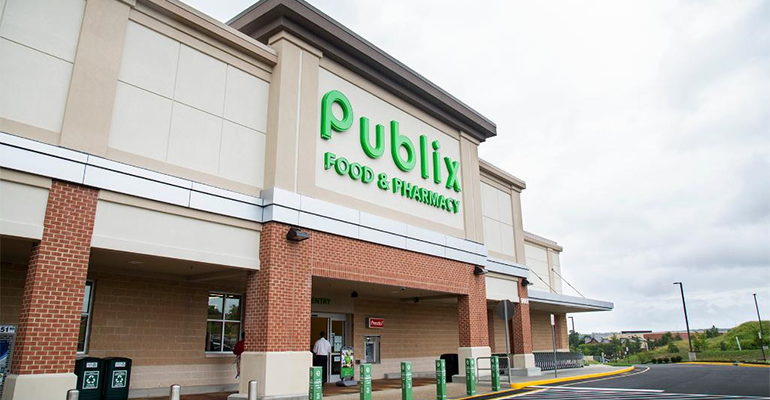 Facility would be the chain’s first DC in the state

Publix Super Markets Inc. plans to construct a refrigerated distribution center in Greensboro, N.C., by the end of 2022.

Announced this week by North Carolina Gov. Roy Cooper, the facility will supply grocery products to Publix stores in the Carolinas and Virginia and be the Lakeland, Fla.-based chain’s 10th DC and first in North Carolina.

The Greensboro-area DC is part of a multiphase project expected to create up to 1,000 jobs by 2025. Publix is slated to invest up to $300 million in the project’s first phase, slated to be about 1 million square feet.

“Publix is excited to create hundreds of new employment opportunities and to help provide for greater economic prosperity in Guilford County,” Publix President and CEO Todd Jones said in a statement. “We appreciate the hard work of Gov. Cooper and all those involved in making this distribution center possible.”

Published reports said the 1.8-million-square-foot Publix facility, to be located on a 350-acre site near the intersection of Birch Creek Road and U.S. 70 in eastern Guilford County, will be one of the largest distribution centers in North Carolina’s Piedmont Triad area, which includes the cities of Greensboro, Winston-Salem and High Point.

Plans call for Publix to offer a range of jobs with the project, including in the administrative and maintenance departments as well as the refrigerated warehouse.

“Publix recognizes North Carolina’s commitment to helping businesses and employees thrive, and they trust our workers to fill up to 1,000 new jobs,” Cooper stated. “We will keep making sure our workforce has the capacity to excel and meet the needs of Publix and other quickly growing businesses in North Carolina.”

North Carolina will mark the fourth state where Publix operates a DC. Its nine current distribution facilities are in Boynton Beach, Miami, Deerfield Beach, Orlando, Jacksonville, Sarasota and Lakeland, Fla; Dacula, Ga.; and McCalla, Ala. The company also has 11 manufacturing sites in Florida and Georgia for bakery, dairy, fresh food and deli items.