Publix said Friday that it plans to convert the Western Market in Mountain Brook, Ala., into a GreenWise Market, the Lakeland, Fla.-based retailer’s natural, organic and specialty food format. The Western Market in Vestavia Hills, Ala., is slated to be demolished and rebuilt as a 35,000-square-foot Publix supermarket.

“Publix is always seeking locations where we can serve our customers and offer an exceptional shopping experience. This acquisition allows us to expand our presence in the Birmingham area, and we are very excited to bring one of our GreenWise Markets to this region,” Publix CEO Todd Jones said in a statement.

The acquisition of the stores is expected to close in March, according to Publix. The opening date for the Vestavia Hills store, located at 3350 Morgan Dr., hasn’t yet been determined. Publix said the Mountain Brook store, located at 1000 Jemison La., would be the seventh GreenWise Market and is due to open by the third quarter.

The first GreenWise location, a 29,000-square-foot store in Tallahassee, Fla., opened Oct. 4. This year, GreenWise stores are slated to open in Boca Raton, Fla.; Mount Pleasant, S.C.; and Lakeland, Fla. Other GreenWise locations are planned for Fort Lauderdale, Fla., and Marietta, Ga., but opening dates have not been announced. 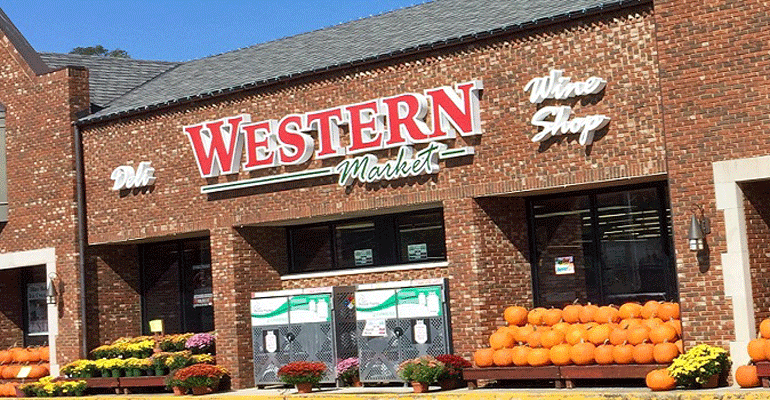 The more than 200 affected Western Market employees are being offered jobs at Publix, which said it will provide them with details on how to apply for employment.

“Western Market has been serving Alabama for 70 years,” Western Supermarkets CEO Ken Hubbard stated. “I am happy to know our spirit of service, dedication to our people and community involvement will continue through Publix. I believe this is the best grocer to serve our loyal customers into the future.”

Currently, Western Supermarkets operates four Western Market stores in the Birmingham area.  The company said Friday that it plans to close its store on Highland Avenue in Birmingham in the coming weeks and sell its store in the city’s East Lake area.

Western Market stores are scheduled to begin an inventory liquidation sale Jan. 30. Next week, on Jan. 9, the chain plans a 20%-off sale for its wine inventory.

“When I became involved in ownership in 1987, our goal was to maintain Western as Birmingham’s leading independent grocer. With the help of the loyal and talented people on the Western team, we’ve achieved that goal,” commented Hubbard, who started with the company in 1960 as a bagger. “We’ve taken Western as far as we can.  It’s time to exit the business that has been my life’s work.”