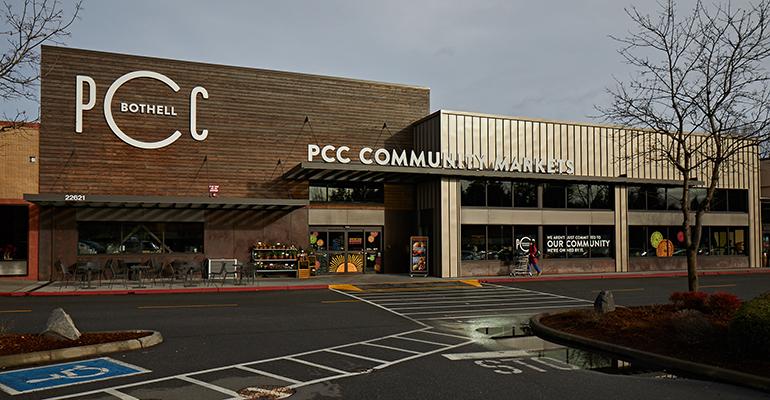 As giant supermarket chains continue to make strides in their sustainability and environmental efforts, they would be wise to take a cue from PCC Community Markets in Seattle. This 11-store community food market has been fighting the good fight since its inception as a food-buying club in Seattle in 1953.

Now the region’s largest community-owned food market, PCC changed its name from PCC Natural Markets two years ago to better reflect its mission. The company eliminated plastic bags in 2007 and converted to compostable cutlery, cups and straws in the last couple of years, and recently expanded its commitment by pledging to eliminate plastics from its delis by 2022. The company views its shift away from plastic as part of its pursuit of a triple bottom line, in which its social and environmental impact is as important as its financial success. 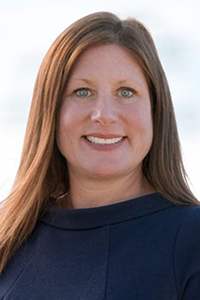 We recently spoke with CEO Cate Hardy, who has overseen PCC since 2015, about the company’s mission, its history and a look at its future.

SN: Tell us about the name change.

We rebranded the company, which included a name change, but also a number of other elements, to make the brand more relevant and convey that better to shoppers. A major driver behind that was that we wanted to reflect the fact that we are community-owned. So many grocery stores in this day and age are really big players or publicly traded on Wall Street or they’re owned by private equity firms and we’re Seattle’s and the country’s largest community-owned food market.

We’re owned by the people who shop with us every day and it just gives us a lot of latitude and freedom to pursue our triple bottom line of financial, social and environmental commitment in a way that reflects what our shoppers value.

SN: The name change emphasizes that yes, you’re community-owned but that PCC is also working for the community.

Absolutely! So even if you’ve moved to Seattle and you had never heard of a co-op or didn’t know anything about the benefits of member ownership, we hope that you would still be attracted to a store that bills itself as “your community market.”

SN: Mission-based brands seem to have found a real home in Seattle and the Pacific Northwest. What do you think is special about the region that brings that out?

I think there is a long history of environmentally minded companies coming out of this region. There’s a number of reasons. First of all, we sit here in an absolutely beautiful place, looking out at Puget Sound and the Olympic Mountains right behind it. You see the environment and how its beauty is continually present all around you. And it’s hard to see it and appreciate it every day and not want to protect it.

We are fortunate to have been settled by the more individualistic types. It wasn’t your average person who could grit it out up here in the Northwest where it was a little bit darker and cooler than other parts of the country, and so the people who settled here and are our forefathers, they were spirited people with a lot of individuality and big ideas, and I think that carries through still generations later.

For PCC, we were founded by a group of people who had a clear vision, they wanted more than just a place to shop, they wanted a place that had impact in the world and really beyond just the Pacific Northwest. So some of the decisions we’ve made, I think we’ve hit above our weight class in certain ways. We, for example, banned plastic bags in our stores in 2007 while the city of Seattle only did it years later. In most parts of the country, that’s still a relatively progressive idea.

I think we got a fair bit of coverage this summer when we made the decision to stop selling Chinook salmon, which is one of the most amazing foods that comes out of the Northwest, but it’s also a critical food for our endangered orca population and so we are no longer selling Chinook salmon from this part of the country because we decided that it’s more important that the orcas have it than our shoppers have it. And that decision has been very, very well received and we’ve seen restaurants and grocery stores following our lead up here. We’re not trying to change the world — well, actually, we are trying to change the world. Every decision we make, and I’m not exaggerating, every decision we make has an element of financial, environmental and social responsibility and we talk about all three of them in tandem all of the time.

SN: Before organic and natural were cool, PCC was ahead of the market in that segment and still is.

Very much so. We started behaving that way and making those purchase decisions on principal back in the 1970s, back when people thought that market was just hippies and such, and we really sort of invented the market in some ways up here. In the 1990s, we at PCC essentially created the organic egg category in Washington state and were seeking out farmers who were willing to raise organically and sell us their eggs. There really was nowhere to get them prior to that.

We have had a long and active role in the organic movement. Today we just continue to find ourselves being ahead of the curve, and while it’s now very common to find organic in even the most run-of-the-mill grocery stores, we continue to raise our game. 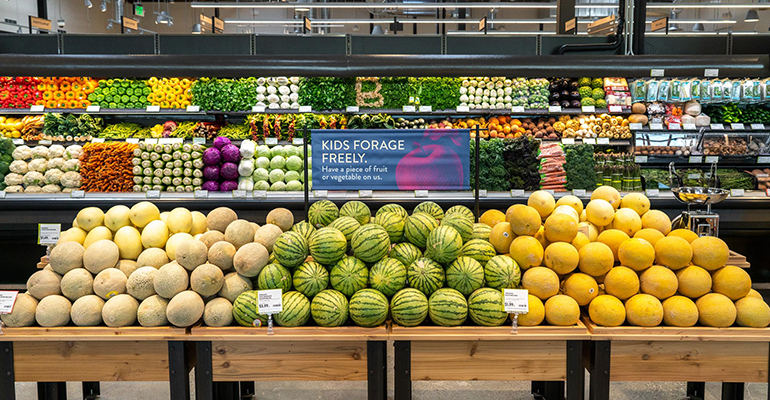 We recently made the decision to remove products from our health and beauty care selection if they contained any one of 500 ingredients that we felt just didn’t have a place on our shelves. That meant that we had to discontinue a bunch of products, but it also meant that we had a flurry of new vendors come to us saying, “We like what you’re doing and we’d like to either reformulate our products to meet your high standards or start from scratch and develop products that meet your standards.”

SN: That said, PCC must be a magnet for companies with similar values looking to launch new products.

We have a test-and-learn culture and we’re willing to try things and if they go well, expand them, and if they don’t, that’s OK. And because of that we’re willing to bring in products from maybe a supplier that can only supply two of our stores at the beginning because they don’t have the capital and they don’t know if the product has the right shelf life or whatever. We’ll bring those products into a couple of stores, we’ll provide coaching to suppliers — it’s not formal, and we don’t charge for it — but our merchandisers are expert in their fields. They’ll sit with suppliers and say, “Hey, we can carry your product except for this one ingredient,” and maybe suggest a substitute for that ingredient and help them to reformulate the product. And then if it does well in a couple of stores, then we can expand it to a few more and on and on.

We have many stories of places where we have helped suppliers come to market with products that meet our standards or grow their market and their own business. Not only do we love that we can have those exciting and innovative products in our stores, the social part of our triple bottom line means that we care a lot and we’re able to create jobs within our local economy, help a local entrepreneur make their business become viable, etc.

SN: Last year you announced that PCC delis would be completely plastic-free by 2022. How’s that initiative going?

It’s going really well. This is a pretty audacious goal. At PCC, we basically run a restaurant in every store. About 25% to 30% of our sales are scratch-made food items, made in that store that day. On a given day we make literally hundreds of items from scratch, ranging from 10 varieties of soup to entrees like turkey meatloaf and many dozens of side dishes. Most of that food is purchased by people who are not eating it in the store restaurant, they’re taking it home and our staff is scooping it into to-go containers that for the most part are made out of plastic.

So we have millions and millions of pieces of plastic, even at our relatively modest 11-store scale, that we’re sending out of our stores every single year. So the switch to remove all plastics is pretty audacious and it’s going to have significant impact.

Four or five years ago, we converted all of our cutlery — forks, knives, spoons — to compostable. Straws were converted around that same time. We then converted our coffee cups, our soup cups and lids and our paper deli containers all to compostable. The next big one is the plastic round containers in half-pint, pint and quart sizes of which we use millions. I’ll be honest, this is a case where our financial bottom line and our environmental bottom line are in conflict. The financial impact of going compostable is pretty significant and we had to just make the decision as a business that in this case our environmental bottom line trumps our financial bottom line and budget accordingly and forge ahead.

But it’s going really well, and we expect by summer we’ll have made a big leap forward in this commitment.

SN: What’s ahead for PCC?

The team and I have made the decision that our concept is a model that deserves to grow — our product and our commitment to the environment. So when I joined PCC, we had nine stores, today we have 11, by this time next year we will have 14. In the long run, we have a 16-store plan over the next two to three years. We will pretty much be doubling the size of the co-op in a five- or six-year time range. Every time we open a new store we’re creating about 100, 150 new well-paying, unionized jobs. We’re also preserving or creating more acres of organic land, creating a demand for more sustainably raised meat and seafood, and really changing the supply chain and virtually everyone in it by creating demand for what we do and more places to purchase our product.

We believe that our ability to do good, which includes everything from making sure that families have great food that they can take home but also that farmers and growers and ranchers are well taken care of, our ability to do that directly scales with the number of stores we have and our platform gets bigger. People hear about us and maybe other retailers wake up and say, hey maybe we should make compostable cutlery. And that would be delightful for us because we really are trying to make the world a better place, and not just here where we are.

I hope you’ll also think of us as an innovative and successful grocery chain even outside of our environmental efforts. I recently was looking at our sales per square foot and I’m reasonably confident that they’re industry-leading, as is our gross margin. We’re running a really successful business and doing it in a way that we believe in.