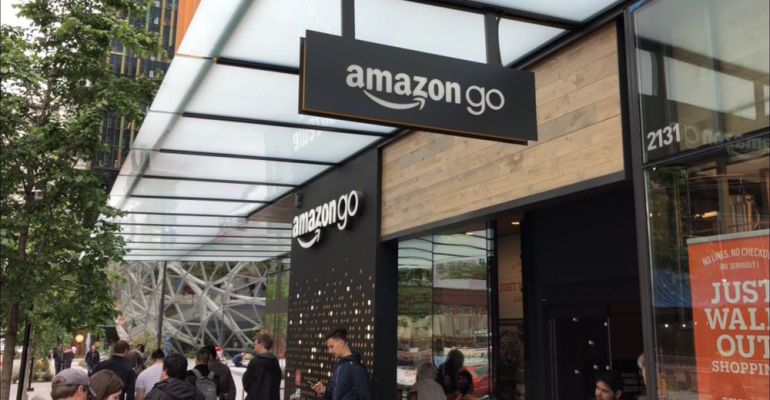 Analyst says cashierless retail concept “could be a game changer”

The sales opportunity for Amazon Go cashierless stores could top $4 billion by 2021 if reports on the high-tech retail concept’s expansion bear out, according to an RBC Capital Markets analysis.

In a research note, RBC estimated average annual sales of $1.5 million apiece for the current nine Amazon Go stores. A Bloomberg report in September said Amazon.com Inc. may open up to 3,000 Amazon Go outlets by 2021. Based on the per-store sales estimate by RBC, that would translate into a $4.5 billion business over the next several years.

“Amazon Go stores could be a game changer for physical retail experience. Its in-store technology enables shoppers to have a very efficient and pleasant shopping experience. While not a significant financial contributor yet, we believe the overall opportunity is huge,” RBC analyst Mark Mahaney wrote in the research note, released last week.

Based on Amazon Go store visits by its research team, RBC figured an average basket size of $10 per visit and 400 to 700 customers daily, which calculates to $1.1 million to $1.95 million per store yearly.

In addition, RBC’s analysis pegged average sales per square foot at the Amazon Go stores at $853, with a range of $639 to $1,279 per store. Those figures are based on an estimate of 550 visitors per store spending $10 per visit, with the Amazon Go’s current store sizes ranging from 1,200 to 2,400 square feet. That compares to an estimated $570 per square foot for typical convenience stores, excluding tobacco sales, according to RBC. 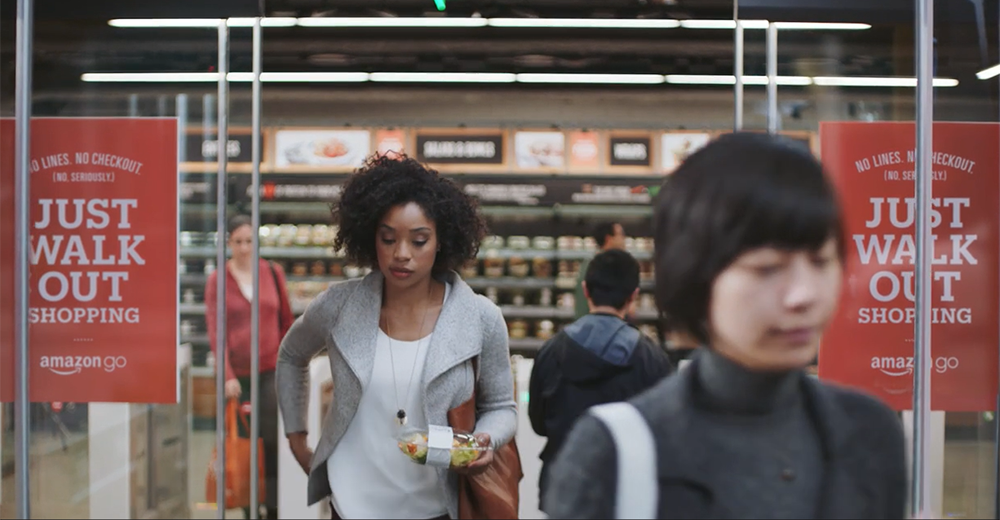 The convenience of “enter, shop, exit” also plays a huge role in the opportunity for Amazon Go, RBC noted. The Amazon Go stores employ overhead cameras, weight sensors and deep learning technology to detect merchandise that shoppers take from or return to shelves and to keep track of the items selected in a virtual cart. Shoppers use the Amazon Go mobile app to gain entry to the store through a turnstile. When customers leave the store, the so-called “Just Walk Out” technology automatically debits their Amazon account for the items they take and sends a receipt to the app.

“The biggest ‘so what’ and ‘aha!’ moment occurred when we had to wait in line at a different convenience store — why could we not just grab what we want and leave?” Mahaney wrote. “It took members of RBC team anywhere between 44 seconds to 4 minutes to grab morning breakfasts and lunch.”

Besides opening more Amazon Go outlets — including in more types of locations, such as airports or college campuses — Seattle-based Amazon could grow the concept in other ways, RBC reported. That includes offering a greater variety of grocery items, which would further boost basket size and snare more wallet share; raise consumer awareness of Amazon Go to drive foot traffic; launch the Just Walk Out technology at subsidiary Whole Foods Market to spur in-store sales; and license the cashierless technology to other convenience retailers.

“Given that Amazon is likely targeting urban locations for its Go stores, they would be less of a near-term threat to suburban convenience stores and more a competitive threat for quick eateries and convenience stores in urban areas (Subway, Pret-A-Manger, Walgreens),” Mahaney observed.

Amazon Go currently has four stores in Seattle, three in Chicago and two in San Francisco. The latest opening was a 450-square-foot, employee-only outlet at the Macy’s building in Seattle, where Amazon has an office. The company also aims to open an Amazon Go at the Illinois Center in Chicago this year and has confirmed plans for a New York City location, though no location or timetable has been specified. Bloomberg’s report said Amazon Go could grow to as many as 50 stores in key metropolitan markets in 2019.