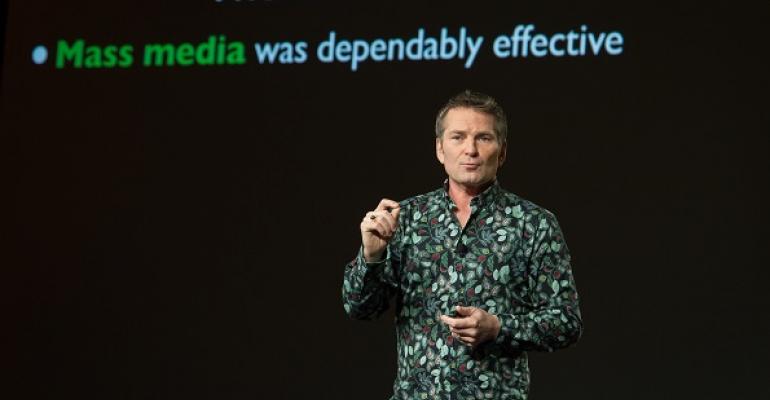 Retailers have to stop viewing their role as distributing products and instead focus on distributing experiences, according to Doug Stephens, a business author known as "The Retail Prophet."

His message was delivered to an industry audience at the FMI Midwinter Executive Conference in Miami Beach.

"Let's see what people are engaging in. Otherwise we'd just close stores as Internet sales increase. Why not use stores as experiential points?"

He said retailers will be in good shape if they think out of the box in the face of challenges from technology.
"Software doesn't eat retail, it eats average. Retailers that closed were average."

Moreover, he said there's a real need for speed in how retailers react.

"Don't wait, go first," he said. "You will be fine most of the time. You need to take chances to get a reward."