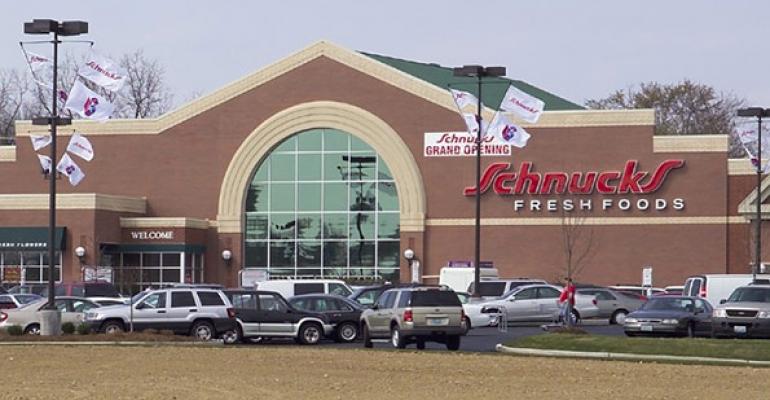 St. Louis-area retailers Schnuck Markets, Shop 'n Save and Dierbergs have denounced a labor union encouraging its members to reject a Schnucks' contract proposal ahead of a vote scheduled Monday night, fearing the union will vote to authorize a strike instead.

Schnuck, Dierberg and Supervalu-owned Shop 'n Save have been jointly negotiating a new contract with United Food and Commercial Workers Local 655 since April, but the union has scheduled employees of the companies to vote on company proposals separately.

On Friday all three retailers issued memos to employees criticizing the UFCW for urging its members to vote "no" on the Schnucks deal even before the retailer presented union leaders with its proposal. If Schnuck employees reject the contract and authorize a strike, it is likely Shop 'n Save and Dierbergs would subsequently lock out workers, Local 655 said. The same parties were involved in a strike-lockout in 2003.

Local 655 said its negotiating committee and union leadership have unanimously recommended workers reject the proposed deal. It said it would present details of the contract proposal to members in a meeting prior to the vote Monday evening.

"We hope you will disregard the union's efforts to jump the gun and play on your emotions," Schnucks CEO Todd Schnuck wrote in a memo, adding "We believe that asking you to vote against something your leadership hasn't seen yet is hardly in your best interest."

Schnuck said the offer on the table would provide for "substantial" increases in starting wages and a shorter time period to progress through its first four pay brackets. The proposal also proposes a cash bonus and increasing wages at top pay rates and an increase in annual health and wellness contributions. Each of the retailers said their offer includes a 40% increase in company contributions to a shared pension plan with the union.

However, citing "unrelenting competitive pressures," the Schnucks proposal is also asking for "targeted, specific changes to the contract that will make our company more efficient, competitive and allow us to better serve our customers," the memo said. "We don't have the luxury of ignoring numerous, non-union competitors; they operate at a substantial cost advantage compared to us and their reach continues to expand."

In a memo to Shop 'n Save employees, President Ed King said the Schnucks deal was "fair and reasonable" and said he was "hopeful" Schnucks employees voted to approve.

Schnucks earlier this year drew the anger of organized labor when a warehouse switch resulted in the loss of around 200 Teamsters jobs. Those workers have been picketing some Schnucks stores, reports said.