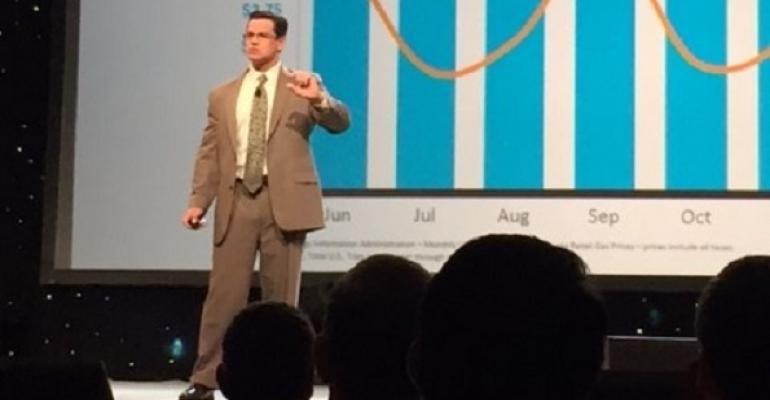 Retailers need to be aware of three key “game changers” — digital-first, hyper-localization and in-store/on-shelf — to stay ahead of customer needs this year, according to a presentation Monday by Nielsen at The NGA Show in Las Vegas.

These trends are playing out as the economy and consumer confidence are gradually improving but with a long way to go, said James Russo, SVP of global consumer insights at Nielsen.

“Connectivity is our universal DNA,” Russo said in discussing the digital-first trend. He said 39% of the world is online and there were 1.75 billion smartphones in 2014.

The growing momentum, however, doesn’t necessarily spell unlimited opportunity for companies to break through. As one example, consumers may be spending more time using apps, but in general they tend to actively use only a limited number at any one time, a phenomenon that holds true of TV channels as well, Russo said.

As an example, while retailers have been challenged to grow center store sales, “there is a high variability in center of the store performance” by market, he said. “Localization will be more important going forward.”

In addressing in-store/on-shelf, Russo said the store remains the environment for the vast majority of sales. However, retailers need to figure out strategies to break through sameness and build sales, he added.

As an example, pointing to in-store health and wellness categories, he said consumers show lack of trust about health claims, so a breakthrough solution is to use packaging to clarify and build trust.