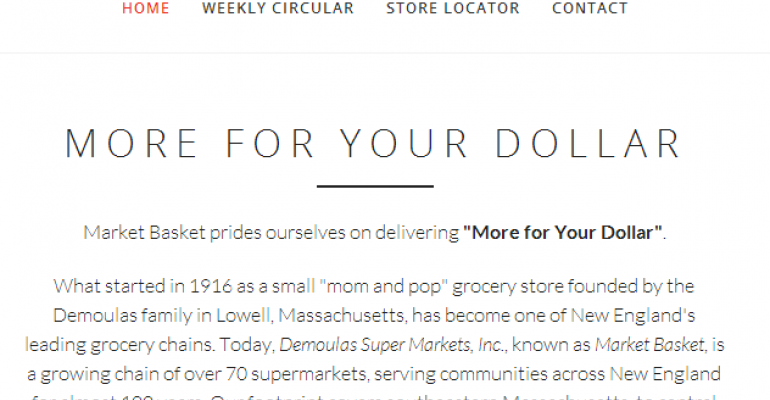 A tumultuous week in a tumultuous year for Demoulas Market Basket took another unexpected turn when the chain — so idiosyncratic it resisted having its own web page — finally established a company-run virtual presence.

The site, located at demoulasmarketbasket.com, auto directs visitors from a site previously set up by the company's board of directors with answers to frequently asked questions regarding the its actions amid employee concern over the fate of popular president Arthur T. Demoulas, who was removed along with two top lieutenants by the board Monday. 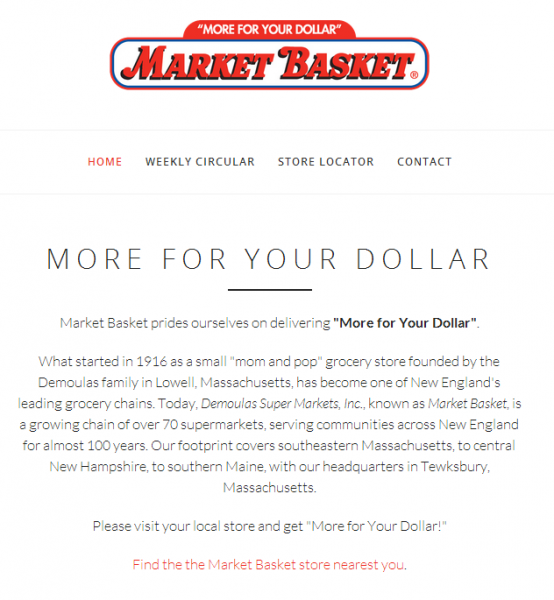 Demoulas since 2011 has had ads published online by a private site, mydemoulas.net. That site was still operating and maintaining a presence on Twitter this week but had not weighed in on the controversial coup yet.

Employees had plenty to say. A group estimated at 300 gathered outside a store in Chelsea, Mass. on Tuesday. Speakers included hourly workers as well as a fleet of headquarters employees loyal to Arthur T. Demoulas who resigned in the wake of the firing -- a group that by Wednesday had grown to include CFO Dan Mulligan, director of advertising Jay Rainville, EVP Jim Miamis, deli director Ronald Carignan, and operations assistant and former spokesman David McLean, according to employee accounts. Miamis departed in spite of being re-elected by the board at the same meeting the board terminated Arthur T. Demoulas, director of operations Bill Marsden and VP Joe Rockwell.

From the rally Tuesday:

Elizabeth Bates works at Rowley #MarketBasket, upset by how execs were fired, not afraid to speak out. #demoulas http://t.co/sB0B9bS0KY

Other workers resolved to wear their protest: 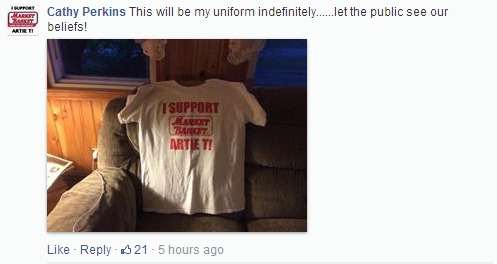