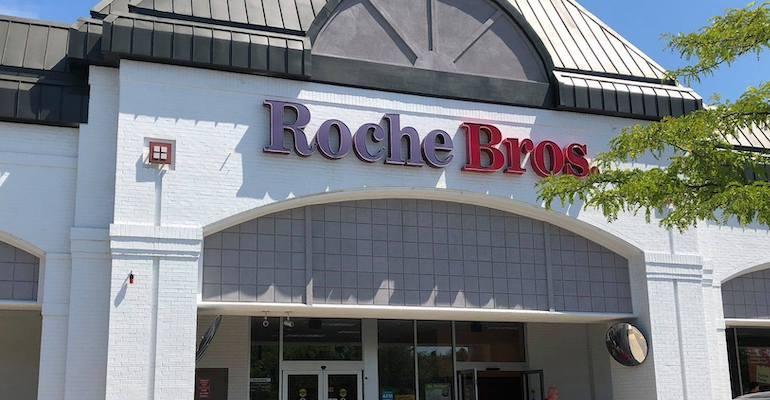 Roche Bros.
Through a partnership with Forager, Roche Bros. stores will be able to more easily source and expand local food offerings across their grocery departments.
News>Retail & Financial

Forager’s platform is designed to improve product and supplier visibility and provide more efficient procurement by giving grocers a central point of access to local farms, artisanal producers, fishers, ranchers and other suppliers. Under the traditional manual buying process, grocers typically purchase fresh produce from one or two large distributors instead of contracting with various local producers.

With the solution, all Roche Bros. supermarkets will have access to local supplier data — including inventory, past orders and sales — so its store teams can manage sourcing and optimize local buying programs, according to Portland, Maine-based Forager.

“Consumer mindset has shifted dramatically in recent years, and we’re hearing from customers that local, healthy and sustainable options are a key priority when shopping,” Linda SanGiacomo, vice president of marketing Roche Bros., said in a statement. “Forager is unparalleled when it comes to providing the experience and tools to help us source, scale and bring our stores the best-quality local products. This enables us to build our leadership position in local, as more shoppers look to support producers in their communities to feed their families.”

Forager noted that its online and mobile platform digitizes and streamlines the procurement-to-payment process, which enables Roche Bros. to build an “alternative supply chain” at the scale it desires without requiring additional resources. The solution also gives Roche Bros. a way to find and access new suppliers, allowing the retailer to serve as a launch pad for new or up-and-coming local brands without additional overhead.

“We are really excited to see a grocer of Roche’s caliber and reach who understands the shopper demand for high-quality local food and is innovating to meet that need,” commented David Douglas Stone, founder and executive chairman of Forager. “Through our work with hundreds of farms and suppliers and dozens of grocers, Forager uniquely understands the significant challenges in local sourcing and does all the heavy lifting to allow Roche to build and scale the best possible local food program in the greater Massachusetts market.”

Due to health and supply concerns from the COVID-19 crisis, buying local has become a bigger priority for consumers this year, making locally sourced food a key differentiator for grocery retailers.

According to a new study by Forager, 85% of 1,000 consumers polled said they would switch grocers or buy more from a grocer that offered more local, fresh healthy food. The report, titled “State of Local,” also found that 96% of respondents agree locally grown and produced food is the “freshest, healthiest and most nutritious” food available, and 76% would prefer that their grocer buy food directly from local farms versus third-party distributors. Ninety-one percent also think it’s important to feed their family fresh, healthy food right now.

Consumer concerns also are economic. Among those surveyed by Forager, 93% said they feel grocery retailers have an important role to play in supporting local farms and producers. For example, Forager noted that with the demise of the restaurant business during the pandemic, local farmers “now more than ever” need to connect with and sell to brick-and-mortar retailers.

In terms of access to local fresh food, 39% of consumers said it’s a challenge finding grocers that carry these items, or have enough variety, and 11% said no retailers in their area carry much local fresh food at all.