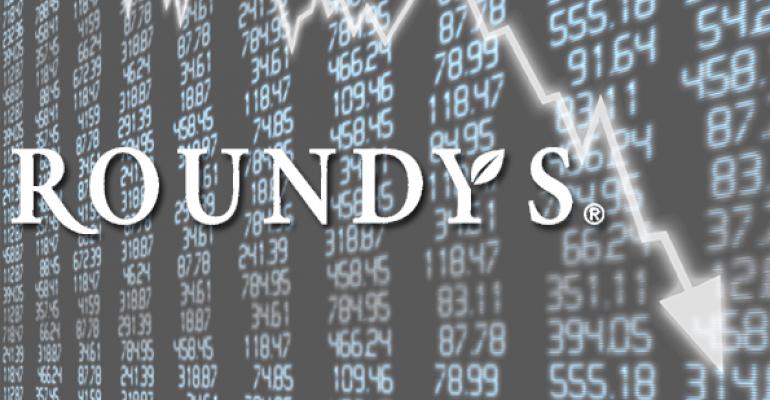 Roundy’s reported a net loss of $2.3 million for the first quarter ending April 4. The company had a 1.6% decline in same-store sales, missing its target for the quarter.

The Milwaukee-based company said soft sales in March and April contributed to the decrease. Mariano’s had a particularly challenging quarter with a decline of 6.4% in same-store sales for the 18 locations that have been open for more than a year. Roundy’s said that competition from retailers operating former Dominick’s stores and cannibalization from new and acquired stores impacted Mariano’s same-store sales.

Bob Mariano, Roundy’s president, chairman and CEO, said that consumers are still cautious with their spending.

“You've heard from this voice for a long time that the customer is are very skeptical. And I think many folks thought that the low gas prices were going to be beneficial to retailing. And I think the numbers now as we start to get them in show that to be not true,” Mariano said.

“So it continues to be a very — I don't want to use the word tough. Tough is really the wrong adjective to use, but a very sharp market in the sense of customers are very particular about where and when and how they'll spend their money.”

Editor's note: This story was updated to include net sales.