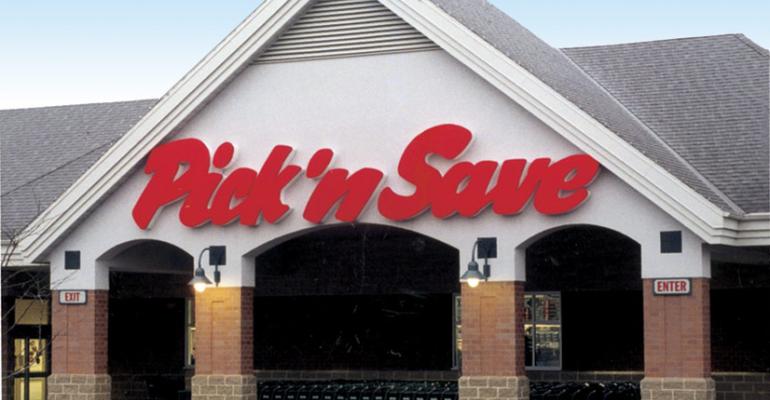 Roundy’s seeks to boost fortunes at Pick ‘n Save

&ldquo;We still face a number of challenges in these markets, but we also have a number of opportunities in front of us that we think will prove successful if we execute on our strategies.&rdquo; &mdash;ROBERT A. MARIANO, Roundy&#39;s

Roundy’s is seeing improvements in its Pick ‘n Save stores in Wisconsin as it continues to focus on stabilizing and growing its core business there, Robert A. Mariano, chairman, president and CEO of the Milwaukee-based company, told financial analysts recently.

While overall same-store sales for the company were down 2.4% in the fourth quarter that ended Dec. 29 and down 4.7% for the year, the so-called “Milwaukee 14” — the first group of Pick ‘n Saves to undergo the company’s renewal project more than a year ago — showed positive same-store sales, with comps up 1.1% for the quarter and up 1% for the full year, Mariano said.

Roundy’s expanded the renewal project to its 55 other Pick ‘n Save stores during the second and third quarters last year, he noted, and although results are not yet in positive comp territory “because it’s too early and due to some specific competitive openings,” Mariano said, “feedback thus far from customers continues to be positive — confirmation that our service improvement initiatives are working.”

He said sales trends at the 55 stores have improved by approximately 200 points since the initiatives were launched, “and we anticipate improved financial results for these stores over the course of 2014.”

EVP and CFO Darren Karst said Roundy’s still expects “the core business to have some deterioration, but I think it’s turning the corner.”

According to Mariano, “We still face a number of challenges in these markets, but we also have a number of opportunities in front of us that we think will prove successful if we execute on our strategies.”

Scott Mushkin, an analyst with Wolfe Research, New York, said Roundy’s finds itself in a “beauty and the beast” situation.

The “beast,” he said, is the Pick ‘n Save operation in Wisconsin, “which continues to face significant competitive openings. Adding to the challenge of the store openings is price position in the market, which is 12% to 15% above Walmart, leading to sharp sales declines, particularly in the center store, where volumes look to be shrinking close to 5%.

“Management appears to be focusing on its renewal efforts to improve the store experience, including a focus on perishables, to drive better performance. While this appears to be working to a degree and is preserving gross margins, the sales outlook remains weak and EBITDA in the unit is likely to fall further.”

The “beauty,” Mushkin noted, is Mariano’s. “Our market research supports the notion that the stores are exceeding both sales and EBITDA expectations,” he said “But 2014 is a challenging year for Mariano’s as it brings on the 11 acquired Dominick’s locations and five organically built stores, more than doubling the size of the operation in the face of renewed competition from private-equity owned Jewel, which has been aggressively investing in price, particularly near Mariano’s locations. We also believe Jewel will be more proactive with remodeling.”

Mariano said the 13 stores in Chicago are doing well, with average weekly sales running at approximately $1 million per store.

The 11 Dominick’s stores Roundy’s purchased from Safeway late last year for $36 million are “irreplaceable locations that add critical mass to our expansion strategy for the banner,” Mariano added.

Roundy’s plans to spend approximately $45 million to remodel those locations, for a total investment cost of approximately $7 million per store, Karst said — an effort that’s being funded by an equity offering that will reduce the ownership stake of Willis Stein, the chain’s private equity partner the past 12 years, to 19% from approximately 32.5%.

Asked about the impact of more aggressive pricing by Jewel now that it’s owned by Albertsons, Mariano replied, “Right now Jewel is zoning our stores, but as we open more stores this year, that becomes a far more costly event for them to continue to fund. But we’ll do whatever we have to do to continue to be priced appropriately.”

As for the impact of Whole Foods Market in the Chicago market, Mariano said, “When they replaced a store last year close to one of our stores, it had no impact on the growth of our store at all. The perception of Whole Foods still is high-priced — that has not gone away — and I think we have a much stronger overall value proposition for our customers than they do.”

As for whether Roundy’s would like to expand the Mariano’s banner outside Chicago, Mariano replied, “At this point there’s absolutely nothing in our way of doing that. It’s just a matter of us deciding that makes sense, and our current thinking is that, given the concentrated network we have in Wisconsin, it would have a fairly cannibalistic effect on our existing store base.

“But it’s a question we frequently ask ourselves, and we’ll continue to evaluate it as we go into the future.”

Mariano did not talk about the chain’s Rainbow stores in the Minneapolis market. When asked about the impact of the move by Hy-Vee, West Des Moines, Iowa, to expand into Minneapolis, Mariano said, “That’s something we will assess as we find out more information about where they’re going to be and how many stores they’ll open.”