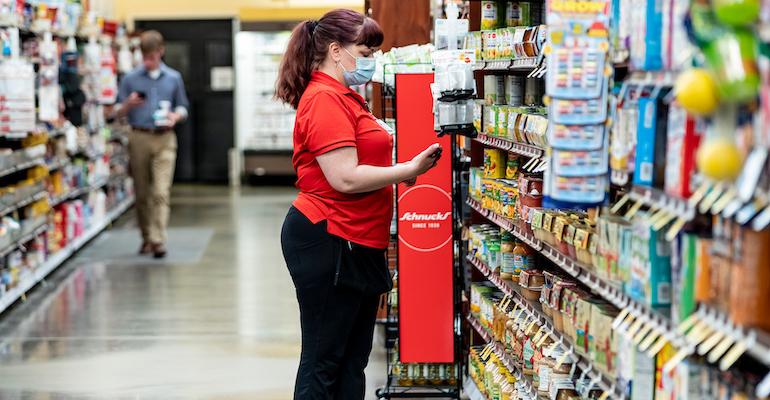 Next week, Schnuck Markets plans to increase hourly wages for store and facility associates across the company.

St. Louis-based Schnucks said Thursday that a wage increase for current and future store, bakery plant and floral design center staff, excluding baggers, will go into effect on Oct. 11. Store and facility personnel not already earning $12.10 per hour will receive a raise to that amount, while deli, meat and seafood department associated not already making $12.75 per hour will get an increase to that amount.

The size of the wage increase will vary by state, according to a Schnucks spokesman. For example, he explained in an email, the hourly wage for starting clerks has been $11.15 in Missouri and $12 in Illinois, the No. 1 and No. 2 states with the most Schnucks stores, respectively.

Meanwhile, many union-represented employees now at the top rate will have contract increases moved up to Nov. 1 from the scheduled Jan. 1 effective date, Schnucks said.

Todd Schnuck, chairman and CEO of Schnuck Markets, informed employees of the wage hike plan today, prior to a previously scheduled career fair at its 111 supermarkets in Missouri, Illinois, Indiana and Wisconsin and at its bakery facility. Most of the jobs being offered will be part-time to start, the grocer said.

The wage increase announcement comes about a week-and-a-half after Schnucks unveiled plans to give store and facility associates a onetime performance and retention bonus of up to $600, to be paid out in January. Based on hours worked, the bonus will be the fourth issued by Schnucks since the outbreak of COVID-19 last year.

Workers hired at the career fair and thereafter are eligible for the updated wages and for the performance and retention bonus, Schnucks added. Other benefits include the option for part-time staff to enroll in medical, dental and short-term disability coverage after 90 days of employment, and an employee discount that goes into effect on the first day of working at Schnucks.