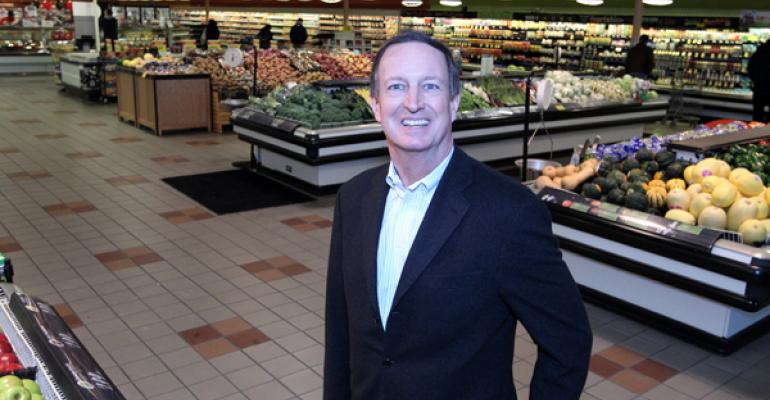 Schnucks at 75: Looking back and moving forward

Schnuck Markets is celebrating its 75th anniversary in 2014, and as the St. Louis-based chain is remembering its past, it is also preparing for the challenges and opportunities of the future.

Owned and operated by the Schnuck family, Schnucks in January announced that Scott Schnuck will leave his role as the chairman and CEO, a position he has held for eight years. Younger brother Todd will assume CEO responsibilities in mid-March.

“Its something I’ve been thinking about. There were some things I wanted to before changing roles. It took [approximately] 15 months to make the transition,” said Scott Schnuck.

Todd will be the third Schnuck brother to be CEO. Before Scott, eldest brother Craig held the position for 18 years. Todd’s official title will be president and CEO, Scott will transition to company chairman, and the retiring Craig will be chairman emeritus.

A non-family member, Anthony T. Hucker, a veteran of Walmart, joined the company as EVP and COO in September 2013.

Schnucks was founded in 1939 when Edwin and Anna Schnuck opened a store in St. Louis’ Walnut Park neighborhood. Known by the slogan, "The Friendliest Store In Town," Schnucks was ranked by Forbes as North America’s 16th largest privately owned grocer.

“We’ve been able to build a successful business and maintain family harmony. We’ve got members of the fourth-generation in the business,” said Todd Schnuck. Facing competition from Walmart and other big box retailers, Schnuck attempted to keep pace by expanding its nonfood services such as its pharmacy. Scott Schnuck said that now the chain is going back to its roots and is concentrating on food.

“Our origin was food, and we need to protect our flank by being the best in food. [That’s how] we can compete with Walmart in the long term,” he said. “In the nonfood part of the business, it was hard to be relevant. We have to continue to be better in food and better in price.”

Since the 1970s, Schnuck has grown through the acquisition of small chains and independent stores. It now has 101 stores in Missouri, Iowa, Illinois, Indiana and Wisconsin.

As the company continues to modernize, it has faced technological challenges familiar to all retailers. In March 2013, it reported that hackers attempted to steal payment-card data from approximately 1 million Schnuck customers. The problem was quickly found and contained, but Scott Schnuck personally addressed the issue with customers on a video posted on the company website. He said resolving the security breach was among the reasons he did not transition from CEO more quickly.

Todd Schnuck said that, during his tenure as CEO, he wants to continue responding to the wants and needs of his customers, as well as his approximately 15,000 employees.

“If I feel responsible for something, it’s our employees. They rely on us to maintain a strong business,” he said.

Todd Schnuck said that in 2014, there are plans to build three new stores and also to purchase other retailers “if the opportunity comes along.” He said that the company owns property for other possible store sites and that it is waiting for the right time to build.

Scott Schnuck will be assuming another family tradition: campaign chair of the United Way of St. Louis. It is a position that has been held by his father, uncle and brother Craig.

"Being the friendliest store in town is more than smiling at people and being nice to them. It’s having a stock of items people need. It’s being dedicated to food safety,” said Todd Schnuck. “You’re putting food on people’s tables, and there’s a big responsibility to that.”