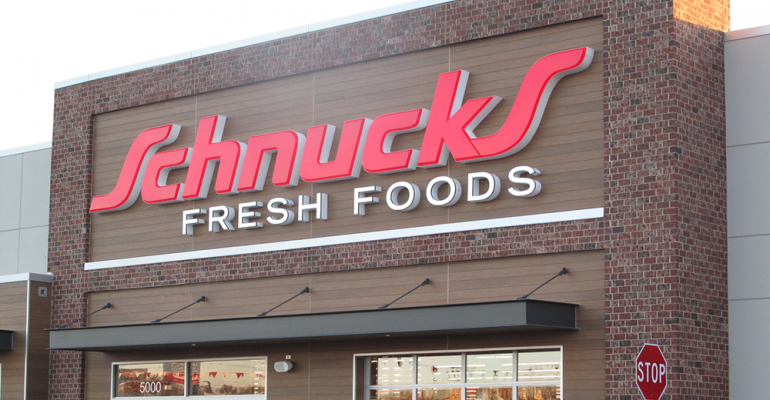 Schnuck Markets Inc. plans to shut a pair of stores in Missouri over the next couple of months.

Schnucks said yesterday that it will close its store at 10634 St. Charles Rock Rd. in St. Ann, Mo., on May 5 because of poor sales. The St. Louis-based grocer also reported that it was unable to reach a lease renewal agreement for its store at 1275 North Truman Blvd. in Festus, Mo., and will shut down the location on June 30.

The company noted that the two stores’ approximately 130 employees will be offered transfers to nearby Schnucks locations and retain the same pay rate. Also, in the coming days, pharmacy customers at both stores will see signage indicating the dates that prescriptions will transfer to nearby Schnucks pharmacies.

“Since acquiring the St. Ann store, it has continued to operate at a significant deficit, and though we have explored many options, we simply do not see a strategy that would be effective in making the store profitable for us,” Chairman and CEO Todd Schnuck said in a statement. “The difficult decision to close a store is a last resort, and we are always sensitive to the impact it can have. So we are especially grateful to be able to minimize some of that impact by preserving our teammates’ jobs and pay.”

Schnucks said it will look to sell or lease the property at the St. Ann’s location, which it owns. On Sunday, the supermarket chain also shut an underperforming store in Belleville, Ill. Schnucks had acquired the 71,500-square-foot store, whose closing was previously announced, as part of its 1995 purchase of National Supermarkets.

Overall, Schnucks now operates 118 supermarkets in Missouri, Illinois, Indiana, Wisconsin and Iowa. The company said it will continue to seek potential new store sites in metropolitan St. Louis, where the chain operates more than 75% of its stores.

This past fall, Schnucks’ store base swelled after the company acquired 20 Shop ‘n Save locations in Missouri and Illinois, including one stand-alone pharmacy, from Supervalu Inc. Schnucks reopened the stores under its own banner in October.

During 2018, the retailer also opened stores in Warrenton and Maplewood, Mo., and closed two older stores in Rockford, Ill.